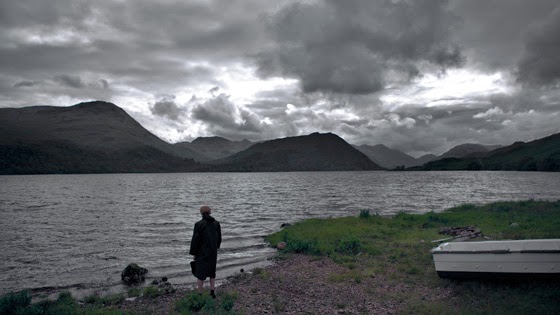 Beautiful to look at film is more concerned with Garnet's internal landscape than anything else. As one person says" it's all about the gold at home but once he gets in the wilderness what will it really be about?" If you can go along with Garnet on his trip then you'll be loving this very good film that proves the adage, its not the destination but the traveling that's the important part.  Also important is the question of how you react to Garnet himself. If he grates you the wrong way odds are you're going to want to punch him out, as one person at the screening I attended confessed.

I liked the film. Is it the greatest thing since sliced bread, no, but I do think it's a intriguing portrait of a man and his mania. I definitely think it's worth seeing. andwhile the film was produced in part by the BBC and will no doubt end up on TV, I do think that you may want to consider plunking down some cash to see this on a BIG screen since the vistas are breathtaking...besides if nothing else you'll get to meet Garnet's 90 year old mom who is wonderful and deserving of a film of her own (She is one truly wise bird).
Posted by Steve Kopian at April 23, 2014