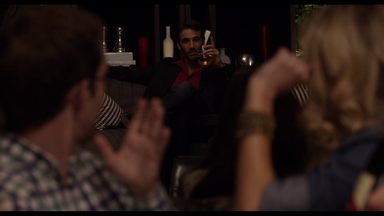 APP is a short film playing at Tribeca in the collection of shorts called Handle with Care. It's the story of Paul an app designer on the verge of bankruptcy. If he doesn't pay his bills by the next morning his app will be deleted from the server it's on.  Tracking down the ideal money man at a local bar he piques the guy's interest with his drive to get the money, however if he wants the money in time to pay his bills he has to prove the app works. Since the the app is a virtual wingman that allows people to connect to each other, Paul has to pick up the prettiest girl in the place-unfortunately the app is has determined that they are completely incompatible.

This sweet and charming comedy is beautifully acted by all concerned. These are a bunch of likable people who are searching for love. The film scores many points with me by being perfectly timed. It does what it does, very well and then gets off.  That shouldn't  be read as snide toward APP, but at several other shorts I've run a cross recently. They all  seemed to be not about the short story they were telling but about the feature film that it was clear the filmmakers hoped would follow.

With APP director Alexander Berman has made a perfectly compact tale that is wonderfully complete unto itself, and while I wouldn't mind finding out what happens next, my feeling is that would be another film all together, one unconnected to this one. To be perfectly honest given my choice I'd rather see Berman take his talent and make a different feature. Why remake this story when he's already told it. Why not see him tell us another one? I'll be waiting to see what that is especially since this one tuned out so damn well.

As for those of you who want to see a neat little film and get on the Alexander Berman bandwagon APP plays several more times at Tribeca and info can found by going here. 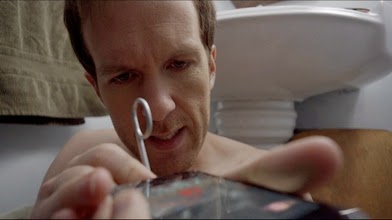