Tribeca Day 9: This is what festivals viewing should be (Flight Delays, Digital Dilemmas,NEXT GOAL WINS and ZOMBEAVERS) 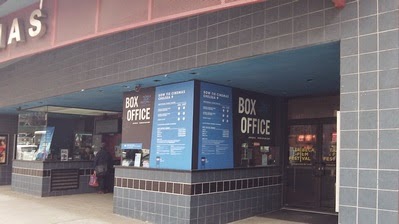 I really didn't want to go to Tribeca today. I was so done with the festival that I was sure that I could skip the last day and not miss anything- wrong- I am so glad I saw the two features today.

The day started off low key with two shorts collections.

FLIGHT DELAYS was mixed. I missed the last two films, I'll catch them up on line.

Boy Scout has a couple trapped in a car in a blizzard. She wants to leave, he wants to stay. I got lost in the shoveled snow in the background and the nagging question-how they hell did they end up there. it was eh.
Pour Retourner has a chef getting out of jail and being forced to work of an old employee. Great performances carry a weak script.
La Carnada has a young man carrying drugs across the boarder to get money for his sick mom. Its the end that makes the film.
Kiosk is one of the very few bits of animation in the festival- starts with a fat woman trapped in the news stand she works at dreaming of traveling. Extremely charming.
Sweepstakes- a new mother with a crippled husband dreams of a better life. It just missed.
I'll get reviews of the two remaining films up shortly.

DIGITAL DILEMMAS are this years experimental grouping. I zoned out and tripped on the films which really should be seen on the biggest screen possible.

A Film is a Film is a Film  is the story of an NYC projectionist who turns to filmmaking just as her job switches to digital formats. A must see for anyone who loves film
Acetate Diaries a Stan Brackage style drawn on painted on film. Trippy
Romance Sans Paroles literally cut up film. Very cool
Cut is sequences from films replayed over  themselves. More annoying then anything.
Optical Sounds- long trippy sequence of optical soundtrack images and roll ends. Proof we don't need trugs to trip
Two Points of Failure As an image is bleached off a negative/ slide reality slips away.
All Vows more Bill Morrison decaying footage- Wickedly cool.
Noise Reduction II: Chinatown soundtrack manipulations and image weirdness. Too long for what it is.

Between movies I ran into Joe Bendel we talked for a bit and I told him of my plan to see three films in quick succession. He said he'd wander into Next Goal wins with me and then meet me for Zombeavers at the end (I was going to bail on Next Goal to see Murder of a Cat)

I want to know why Next Goal Wins didn't getting a bigger push (it was a Drive In film) and more screenings. This is an amazing film that almost no one saw and everyone should have.  The story of the American Samoan soccer team it was perpetually ranked last in the FIFA standings- and it has the unfortunate record of getting blanked in match play 32 to 0.  In the hope to actually score a goal and maybe, perhaps someday, win a game they ask the American Soccer Federation to send them a coach. What happens is the film. The part you need to know is I stayed to the end. I didn't leave, I had to stay with these guys to the end, and I am so glad I did. I'malso glad that movies are run in the dark because I got misty eyed. Seeing films like this is why I go to festivals. Wow and Wow and Wow. One of the great and glorious finds of Tribeca.

After the film Joe twisted my arm (literally) and we went to lunch. I think Lucky Burger next to Bow Tie Cinema makes all its money during the festival. When lunch was done we headed into movies once more to see Zombeavers.

ZOMBEAVERS is a blast. Its a very funny send up of zombie films that knows its a cheap film and goes with it managing to get lots of laughs and a few scares in. It has the best song in a film in the festival.  Its wild and goofy and if you love horror and horror comedy done right (are you listening Vicious Brothers?) see this film. Its getting a long review soon where I'll go into more detail- but for now know its one of the best at Tribeca and a keeper. (And its only about 70 minutes long- the films running time is extended by hysterical out takes and end credits-with a stinger at the end)

With the movies done I headed home in the hope of meeting a friend for dinner and a show.

My last day is tomorrow with two films and a play in between. Keep reading reports will becoming....
Posted by Steve Kopian at April 25, 2014