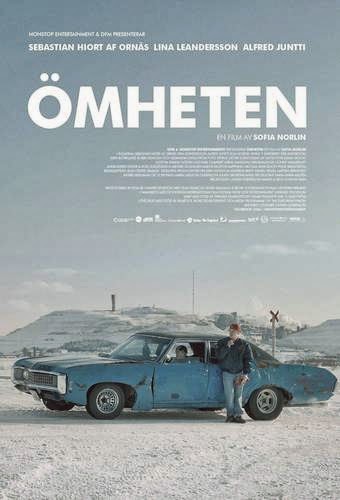 You must see this on a big screen. This is a stunningly shot film  that makes each shot the sort of thing that you want to hang on your wall. The beauty of the film makes it worth seeing on it's own.

Broken Hill Blues tells the story of several teenagers growing up in Kiruna a city north of the Arctic Circle. Time is running out for them on any number of levels, soon they will be considered adults and forced to make real world choices. Their friendships are being tested. Most pressing of all their town and their ways of life, are going to disappear, the mine which employs many in the town has tunneled under them weakening the foundations and causing tremors. Things are no safe and soon everyone will have to move somewhere else.

A film of landscapes, of silences and mood. The landscapes say as much about what is going as the characters do. Many of these characters are frozen in one way or another and most certainly all of their worlds are trembling and cracking. While the blatant metaphors normally would be cloying and cliche, here first time director Sophia Norlin uses them to her advantage, they amplify what she is saying instead of acting as the message.

For me this is a nice change of pace in the coming of age genre. Yea it hits any number of cliches and it can, at times seem to be overly arty, but at the same time it manages to do something more, it strives to be more than the same old story that we've seen rehashed a thousand times before.

Is this a great film, no, but is a damn fine one. It manages to say and do more in it's roughly 75 minutes (before the end credits) than many films say and do in twice that. This was a film I fell into and got carried along with. Its a film that had it not been connected to some film festivals I probably would never have heard of, much less taken the time to have seen. While I know that the film probably won't be on my best of the year list, I do know that having had the chance to see it and travel along thee roads with its characters I'm better off than had I not seen it.

It's worth trying if you're so inclined.
Posted by Steve Kopian at April 16, 2014