A non-review of Just Like Us (Art of the Real) 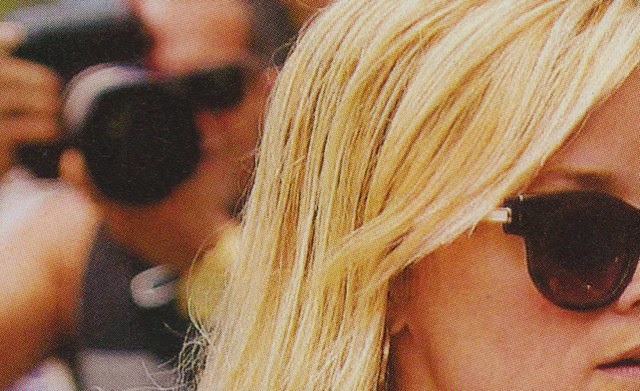 I was not going to write up this film. This was the film that was going to break my rule of if I see a film for review I will review it in some form. I got about half way into Just Like Us and I tore up notes. No I thought I will not review the film. Its awful and pointless and didn’t want to scream about a 15 minute movie, especially I didn’t have anything much beyond “Its Crap” to say.

Then a weird thing happened, the film hung with me. There was something about it that I couldn’t shake, much like a recent cold or poo that gets into the grooves of your shoes. All the next day I kept thinking about the film and its utter pointlessness. I couldn’t think of anything else, even though I had other films to see. It was like a warning of impending doom that needs to spread. I realized that I had to say something…

Just Like Us is playing on April 24 with A New Product and really good Former Model. If you go see all the films, and Just Like Us  comes on go to the snack bar, go to the bathroom, go for a smoke (and if you don’t smoke pretend) just save your time and leave the theater. Don’t waste your time-I wasted mine so you don’t have to.

For the record the film is a collection of random landscape shots and celebrity off hours footage and pictures with narration from an anonymous body double for the stars over it.
Posted by Steve Kopian at April 13, 2014

Email ThisBlogThis!Share to TwitterShare to FacebookShare to Pinterest
Labels: art of the real, not worth the effort