Consequential Carnage in The Raid 2: Berandal 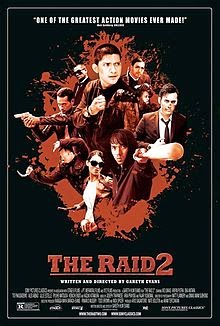 What does a director do after releasing a runaway hit, shaking audiences and critics out of unrealized slumbers while having virtually comes from out of nowhere? In the case of Gareth Evans, director of Indonesian martial arts thriller The Raid, which experienced a meteoric rise to success in 2011, there are a few things one doesn’t do: Rest on one’s laurels (or perhaps rest at all – it is an incredible feat to have completed this massive undertaking over the course of a couple years); play it safe and simply dish out more the same, despite that path’s guarantee of pleased fans.

Instead, Evans went big - ‘Epic’ is probably a more apt term - adding an engaging and often disconcerting level of human emotion to the already successful dance of devastation.

Berandal begins with an immediate desire to distance itself from its predecessor, laying out one of the most significant links to the original, Rama‘s shrewd brother Andi, after a deal with a budding criminal empire goes bad. Rama is now working with an internal affairs-like group of anti corruption cops. He is offered a chance to get at the group attributed to Andi‘s murder.  To do so, however, involves a virtual descent into hell, with Rama going deep undercover as a prison inmate to get close to Uco, whose father Bagun, controls a powerful criminal empire.  The goal of this dangerous game is for Rama to get in the good graces of Uco and his father, and become a high ranking member of the Bagun criminal syndicate, thus allowing him to gather evidence of their wrongdoing.

The Bagun clan has business dealing with the Yakuza, between which an uneasy peace exists. It’s a fact that a third power hungry group will try to exploit in order to create a war between Bagun and the Yakuza, using a restless Uco as a pawn instrumental in setting tensions off. 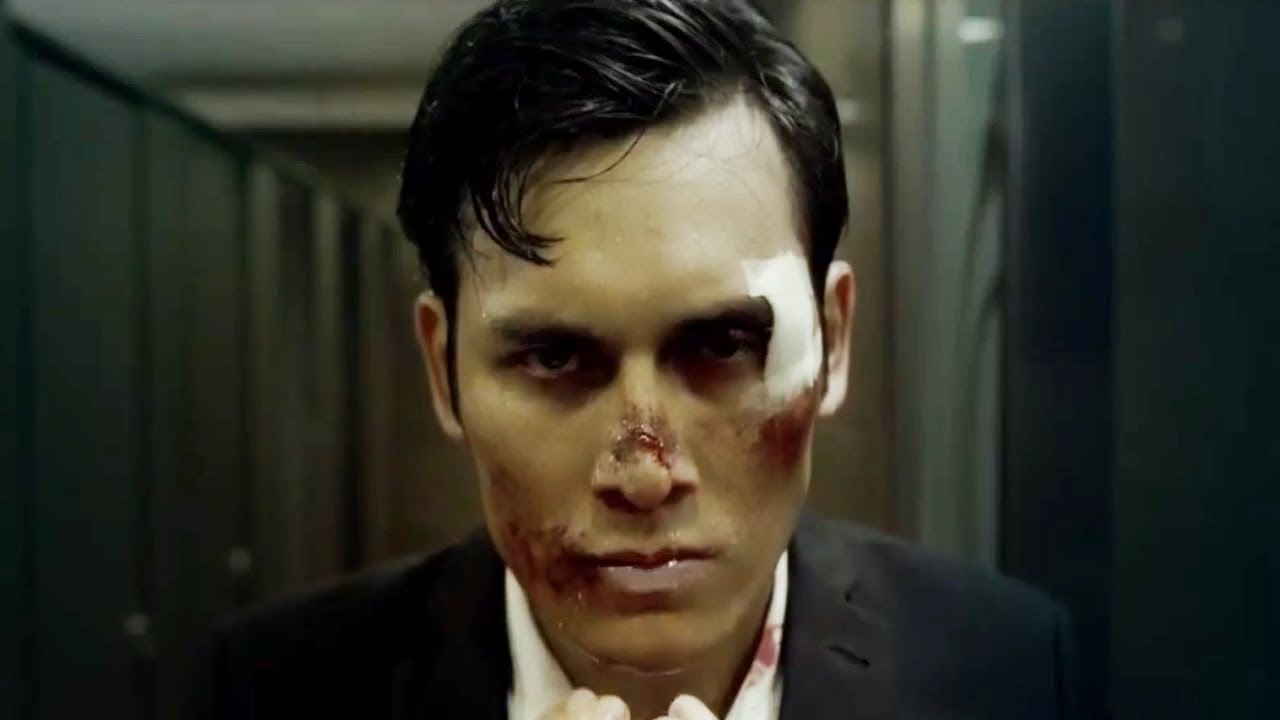 As a hostile coup lurches into motion, one bloody skirmish at a time, Rama finds his objectives further and further lost in murky waters. With a waning sense of purpose and faith in his department’s support diminishing ever day, Rama begins to realize that the clearest path ahead of him is a head on collision with the criminal organizations vying for domination.

While the story itself is bigger, the manner in which it is told also adds to the sequel’s grandiosity. Whereas the first Raid created an incredible physical space with elements essential to the battles that unfolded within, Berandal expands things outward into an actual world. The amazing battles are memorable for, and in part molded by, the different venues in which they take place: a single solitary prison cell (with slight echoes of the claustrophobic hallway fight in Oldboy), the muddy yard of the same prison, a seedy porn production studio, a suave multilevel nightclub…to name just a few. Within every one of these spaces, a unique and exquisite battle takes place. 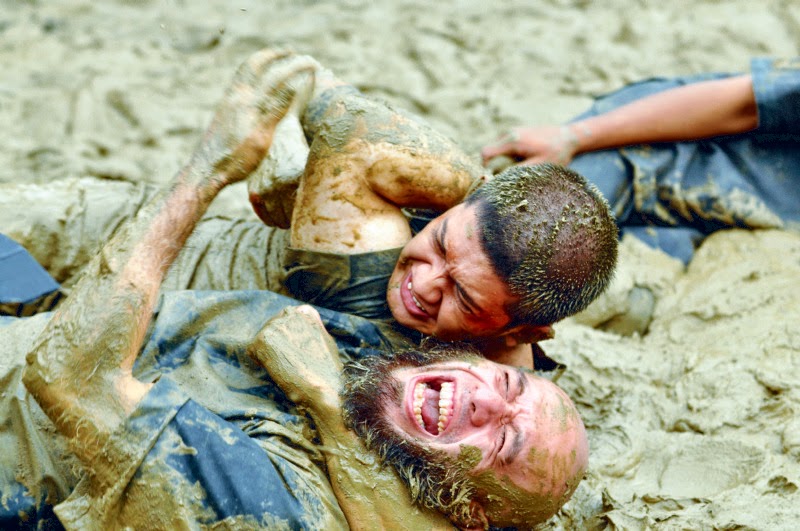 Music is another area where surefire audience appeal –- The original Raid’s grooving hip hop hybrid score put together by Linkin Park’s Mike Shinoda used in its international cut -- is traded in for something deeper and darker. Berandal makes use of Trent Reznor’s somber soundscapes with tracks from the Nine Inch Nails ‘Ghosts’ release, as well as a classical piece by Haendel, which truly mesmerizes with its sense of stoic grandeur. Perhaps it is not as catchy as the first Raid’ rallying battle hymns, but it helps elevate the film to one with far more emotional depth.

There have been some criticisms, unfavorable comparisons to the original Raid, sometimes citing a plot that is unwieldy or unevenly told, and other times complaining that the sheer amount of violence is numbing. They are valid points. But I would bet a large part of some viewers’ lack of appreciation for Berandal’s direction stems more from a subconscious turn off to the way it forces us to feel something for the amassing piles of broken bodies.

In a genre that way too often gets a pass for sticking to the same formula, gaining rather than losing points for delivering style over substance, Evans has insisted on stirring up dark and unsettling depictions of humanity that cut a bit too close to real to dismiss. The main attraction is still pencak silat, the beautiful fighting art that Evans has done so much to raise the profile of internationally. If you appreciate it, then you won't want to blink through a moment of the wondrous choreography. Yet, in between the most startling combat sequences are long bouts of time with fully developed characters. Their actions, however horrible, are always driven by motivations, or the results of some form of trauma or other. They may not be defendable, but are certainly understandable, even relatable at times.

That in itself is a pretty big departure from the original Raid, which has often been likened to a horror film. With its hordes of monstrous henchmen displaying all savagery and not an ounce of humanity, the film can be said to exude the quality of ‘video game movies.’ There is a very clear-cut battle waged by good against evil, and antagonists were so unsympathetic, they may as well be dematerializing into digital purgatory once conquered. 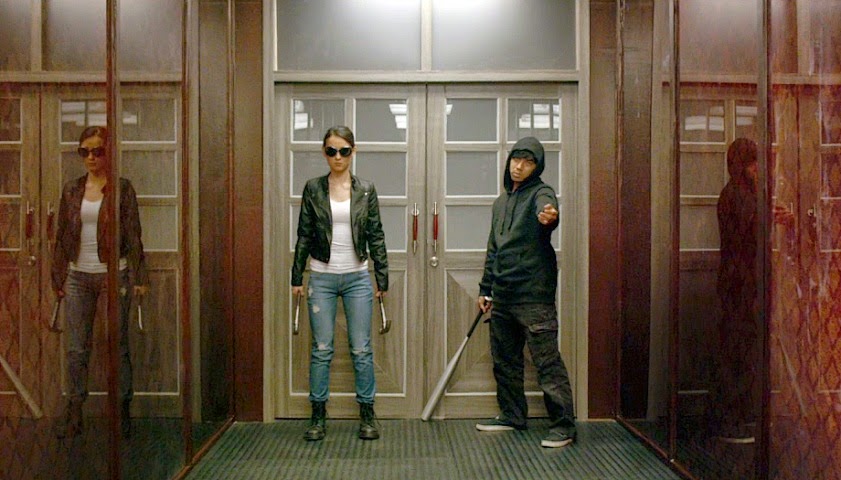 Compare this to Berandal, where a principle antagonist like Uco acts out of frustration and feelings of inadequacy in his father, Bagun’s eyes. Bagun shows an inordinate amount of loyalty and desire to do right by the Yakuza group he does business with, even if it means losing face. We also meet an assassin capable of terrifying savagery (played by “Mad Dog” Yayan Ruhian in a much welcome return) who is working to earn money for a wife and child whom he is shamed into staying away from. Then there are two assassins working for the rival gang, Hammer Girl and Bat Boy, whose shrouded comic book-like origin is reminiscent of Kill Bill’s Go Go Yubari, and suggests a past in which a terrible ordeal was endured.

To further complicate things, forces of good sometimes seem like they are anything but. The task force Rama is assigned to murders a target in cold blood at the very outset and hardly seems to have the undercover agent’s back. There is an instance occurring late in the film where Rama’s dispatch of an opponent is so excessively brutal, I was thrown by what I felt was an out of place portrayal of his character. Difficult to reconcile after considering him an archetype for a modern sort of hero when I wrote about the 1st Raid with a piece called A Much Needed Man From Nowhere. After letting the sum total of the film set in, I felt that it a well thought out and deliberate move on Gareth’s part, to shade everything and everyone with a touch if blackness. It says something distasteful concerning this character working undercover who’s gone so deep into his role as a gangster, he’s lost touch with what he is about. If nobody is so cut and dry evil as to completely deserve the wrath they suffer, neither is anyone completely heroic.

It makes for a strange sort of feel good/feel bad dichotomy. There are the same rushes of pure adrenaline that comes from watching the dizzying physical feats and amazingly complex orchestrations of carnage that those abiding by social contracts could only dream of taking part in. Yet these balanced out by the heavyheartedness that comes after these misguided, tragic figures being laid to waste. These highs and lows can be confusing, exhausting even. But they are an essential aspect of experiencing action-oriented filmmaking determined to achieve the next level. It truly makes you wonder what Evans and company will strive for with the Raid 3. I’d expect something no less thrilling or emotionally challenging than what he’s accomplished here.

The Raid 2: Berandal is currently playing in select cities.