kinda like being there: Tribeca day 2 Surviving Globalization & Staple Guns


Today I took a big step back from the amount of new Tribeca films I took in on the previous day, to better digest what I've been able to watch so far. I also split my time between Tribeca activity and the Old School Kung Fu Fest event that Subway Cinema is putting on for the second year in a row over at Anthology Film Archives in the East Village. I won't talk about that here, but will, hopefully not too far down the line. In the meantime, if you are in the area, take a bit of time out from your Tribeca experience and GO! GO! GO! 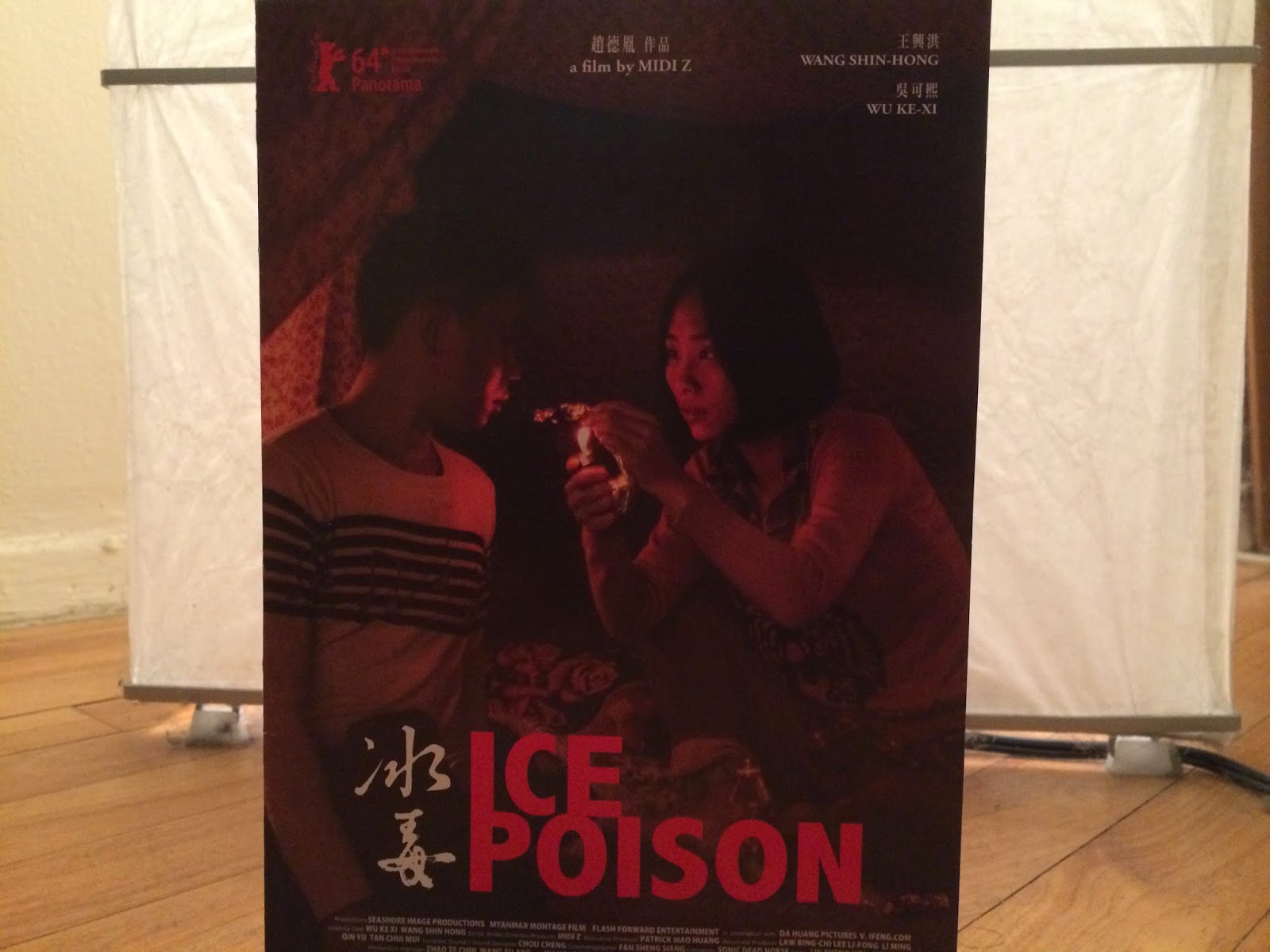 This morning, I interviewed director MIDI Z and lead actress Wu Ke-Xi, the images from their film Ice Poison still seared, or better said forming a hazy surreal cloud around my brain. In speaking about this first feature film set in rural Myanmar and concerning two troubled souls drawn into the drug trade, MIDI Z emphasized his primary concern in making the film is to show the broad effects of globalization. His interest in criticizing the the effects of the drug trade is second to looking at how disenfranchised communities accustomed to traditional ways of life are thrust into finding ways such as this to compete economically and survive, something he called a phenomenon occurring around the world. He and Taiwanese actress Wu Ke-Xi also discussed the effects of improvising through some of the dialogue and working with non-actors in some of the less central parts. The actress felt confident about these instances, suggesting a preference for improvisation in stage acting experiences in her native Taiwan. MIDI Z expressed some concern about his actors' comfort and camera awareness, in many instances preferring the candid performances of the native Burmese included in the production. His goal was to capture something extremely real to life. This may account for the film very feeling documentary-like at times. More details will be written about the interview, hopefully, soon.

ICE POISON still has screenings on Sunday, April 20th, and Tuesday, the 22nd and will be available through the Tribeca Online Festival (But I strongly urge you to see it in a theater on a big screen!) Click here for more info or to buy tickets. 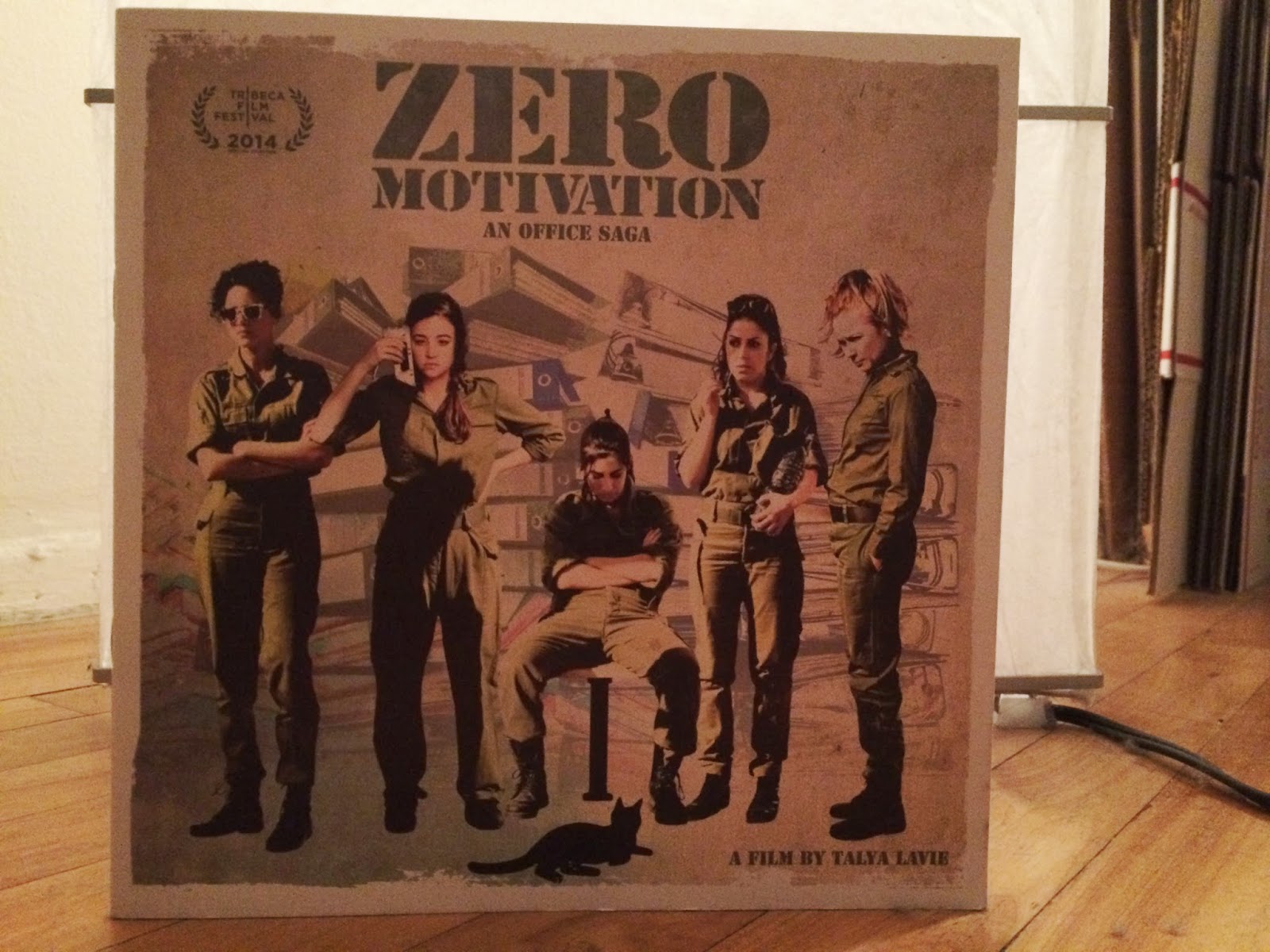 I watched a comedy feature from Israel called Zero Motivation about a group of young women, working an office detail on a desert base of the Israeli military. The two main characters are very good friends,  but as in all comedies with a touch of drama, that friendship is put to the test. Here it reaches lethal combat proportions, momentarily reminding us of the potentially violent setting, with a staple gun wielded like a lethal weapon. The two are also cartoonish in their hopelessly flawed personalities. One strong-willed and usually unconcerned with the opinion of her peers, putting her best efforts into little nothing save for undermining her supervisor's best efforts to conform her. The other is perpetually weepy, bemoaning the fact that an impassioned letter campaign has failed to get her transferred to a base in more cosmopolitan Tel Aviv. Yet they undergo just enough change in their demeanors to give the film some emotional weight. A nice spirited female-centric comedy set in an unlikely environment, and filled with enough edgy dialogue and outrageous occurrences to keep your attention rapt.

ZERO MOTIVATION still has screenings on Saturday, April 19th, Monday the 21st, and Thursday the 24th. Click here for more info or to buy tickets.