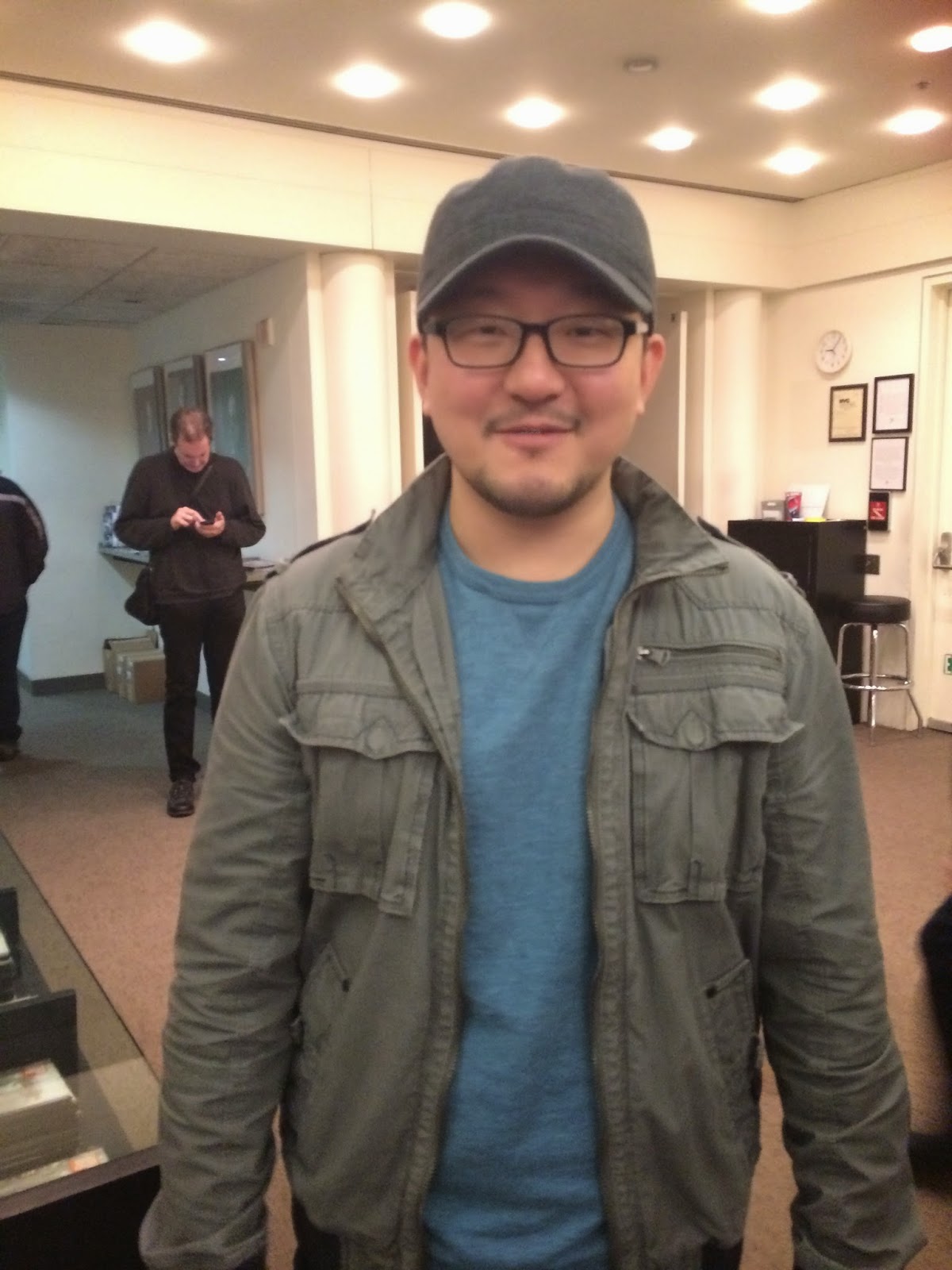 At this year’s Film Comment Select series held at Lincoln Center’s Walter Reade Theater, I had the pleasure of seeing Intruders, the long awaited follow up to South Korean director Noh Young-Seok’s debut film Daytime Drinking. It occurred to me, with Unseen Films celebrating a birthday (back around the time of the screening), that Daytime Drinking was the first film I officially logged a review for on good pal Steve’s little engine that could of a site espousing the love of film. it be something of a coming around the bend to be able to interview that film’s director here in New York?

After the screening and Q & A, I humbly approached Mr. Noh after the film’s about my interest in interviewing him. All too aware of the potential to come across like one of his films’ hopelessly socially awkward characters who trap the main protagonists with their overzealousness, I said a few quick words of appreciation and left him my card before making a quick exit. To my surprised delight, I heard back and an interview was set for the following day.

Very big thanks to Stephanie Lee at the Korea Society for arranging and facilitating the interview.

Very special thanks to Rachel Jackson for a tremendous assistance with translating, wording, and editing a final draft.

Mondocurry: Can you tell a little about your background outside of making films?

Noh Young-Seok: My major in college was in Chinese ceramic design, and I really wanted to make music. I created some music but I didn’t want to do anything with it commercially.

MC: What types of music are you interested in?

MC: Both of your movies deal with awkward interactions between strangers. Is this particularly difficult in South Korean society?

Noh: In the US when people meet in elevator, they may say ‘hi’ and be friendly. In Korea people don’t act so familiar with one another.  Recently people don’t even communicate with their neighbors who live next door.

I don’t usually communicate with strangers but when I have a chance, I notice this, and maybe I observe it more carefully than other people do.

MC: It is a very interesting style of awkward comedy in your films that I haven’t noticed in other Korean films. Is this influenced by personal experiences? Other films?

Noh: I think emotions are influenced by different movies. When I watched various movies, I try to experience the situations vicariously. If it were my movie, , I consider what I would do differently. If I met someone in the movie, I might do something different. So I take notes and make it my own movie.

MC: Is there such drastic culture shock when people from Seoul encounter people from the countryside?

Noh: If you go to the countryside outside of the city, rural people will stare at you because you’re a stranger to them. I think they’ll want to talk to me.  They’d be really curious about me. But also, they are very anxious about people from the outside.

Rural people might behave with some meanness because they are a tightknit group of people and I am a stranger. They are very curious but very anxious. They try to be very friendly but they have some apprehension about talking to outsiders. 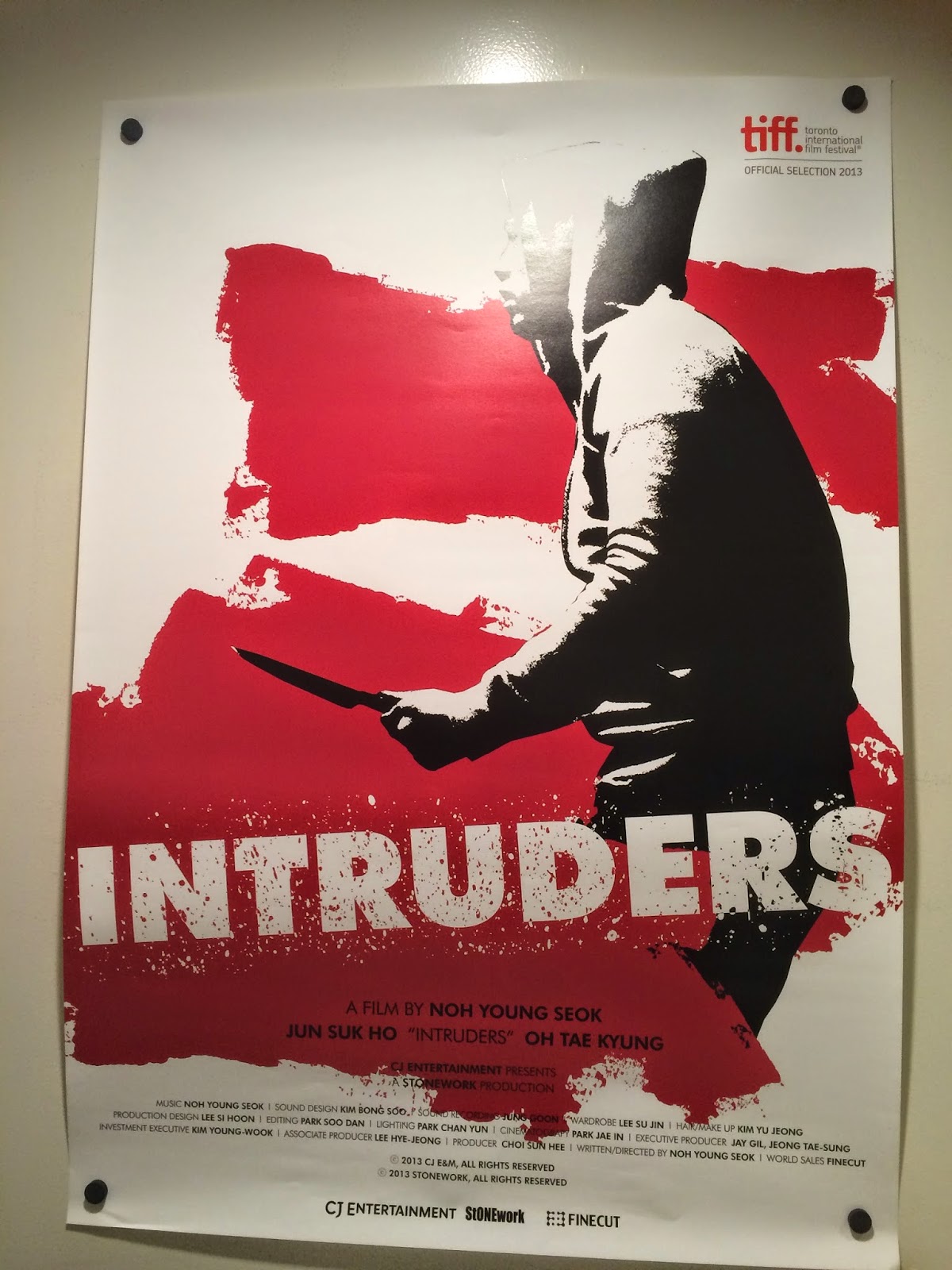 MC: You were working on something different when the idea for INTRUDERS came?

Noh: A story called INSOMNIA. It’s about a guy who has a very sad life. It wasn’t to be a comedy, but a dark drama.

MC: Did you feel an urge to make a film that went in a darker direction after Daytime Drinking?

Noh: I have a lot of bright, positive story ideas but also dark ones too. My mind didn’t consciously change about the type of movie I wanted to make. Many ideas come across my mind. So from time to time I organize them into a kind of order to put in a movie.

MC: Can you talk about the differences in casting Daytime Drinking and Intruders?

Noh: Daytime Drinking was made on a very low budget and all of the actors and actresses were my friends.

For Intruders, I was thinking about who I wanted for each part before but the film’s investors really wanted to use famous actors. But the budget was not enough so for some parts, like the police officer and Hak-su, I cast the actors I really wanted.

MC: You worked with some of the same actors on both films?

Noh: There were three people in both.  The truck driver from Daytime Drinking is a store clerk in Intruders, and there two people who are eating with Hak Su in Intruders. But they were only in Intruders for a very short time.

MC: You made the music for your films. But you didn’t have any formal musical training?

Noh: No, I just taught myself how to do it at home.

MC: Was there anything that especially inspired the score to Intruders? It has the feel of a classic suspense film score.

Noh: It’s really hard to say I got inspired by any one thing. I thought about what would match well with the movie. The music came very naturally when I was making it. I had some kind of similar music in my head; it came from somewhere…

MC: One of my favorite parts of Daytime Drinking is when someone talks about dancing to “strange music.” I wondered about how that music came about…

Noh: I wanted to express something really bizzare and unexpected. Like, if a woman suggested to someone ‘you’ll really like this music’ then they might expect something really romantic or catchy, but it turns out… when you hear it you think “what is this song? Not sure if it’s good or bad, just really strange.” That’s the feeling I wanted to achieve.

MC: There was a lot of time between Daytime Drinking and Intruders…

Noh: In between, I got married and had kids. In the meantime I was working on scripts for different movies. Some are finished and some are not. That’s why there is a gap.

MC: Did you feel any kind of pressure to keep producing movies in a certain amount of time, or were you not so worried about it?

Noh: I had some pressure before, but it was not like there was any intense deadline. But I think I need to have a little bit of pressure to make me work hard on a movie.

MC: You were both the writer and director of the two films you’ve made. Is this a situation that is important to you?

Noh: I’ve thought of writing a scenario and then someone else shooting it, but I wasn’t sure if it would work or not. Now, I would consider writing a movie for someone else to direct. 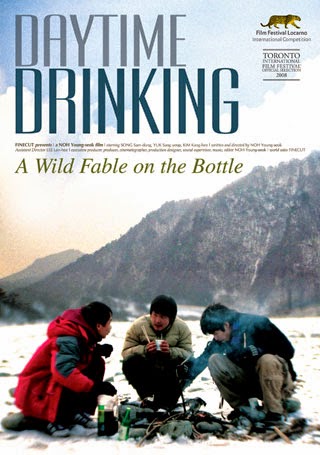 MC: Were there challenges to directing Intruders?

Noh: I felt it was a shame that I couldn’t shoot in many different locations and get acting in different atmospheres. But I didn’t have enough time and the budget was too low.

MC: Did any parts of the story change from what you had initially expected after first writing Intruders?

Noh: Not much, but I changed some parts a little bit, for the better, during the editing of the movie.

MC: Was it a challenge shooting in a location like this with lots of snow and in the mountains?

Noh: We never had to wait for snow at all. It came when we needed it. The problem was that the snow wouldn’t melt. The location had a lot of hills so cars couldn’t drive through. We really needed to get ingredients for the staff’s food but it ran out. We were somehow able to get what we needed and eat.

It was also really hard to move all the gear because it was very heavy, and we had to shoot on the hill. There were a lot of challenges like that.

MC: Did actors in the movie do their own stunts?

Noh: There was a stunt director. He was one of (the movie’s antagonists).

MC: Were there any hazardous situations for the cast?

Noh: When the main actor fell through the trap door (in the ground)… At that time we couldn’t see anything under the snow, so when we were shooting that scene he was injured by a tree trunk.

MC: Have you been influenced by any directors, new or old?

Noh: I don’t have any one specific favorite. I don’t tend to focus on a certain director. I think more about certain movies…

Rob Reiner has made movies in various genres and he expresses ideas so well in all of them. I suppose he would be one of my favorites.

Films that he made such as Stand By Me and When Harry Met Sally…I’d like to be the director of films that have the same mood and impact as those.