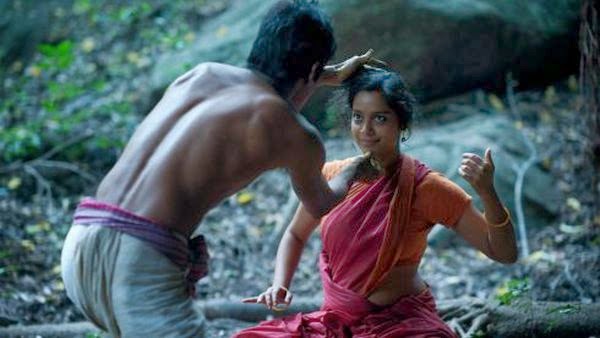 The story of Lila, a Hindu young woman in India who's quietly in love with a sculptor. When he decides to learn to sculpt statues of the gods things begin to get complicated as sparks fly between them, just as the young landlord of the area becomes infatuated with Lila as well.

Visually beautiful film is full of (mostly) great characters, wonderful music and images which will impress the hell out of you. This is a film that is firing on all cylinders on so many levels that the good completely over whelms the bad and the film just drags you along. I really loved much of this film.

For me the trouble comes from the story which seems to thrash about a bit awkwardly. Yes I know class is very important to the people but the question of why some people don't get along is never fully answered and it makes some of the twists and turns a little hard to accept. Equally a little awkward is some of the dialog which comes of a bit too literary and not quite natural. It isn't fatal but it keeps the film on the merely good level even though it occasionally leaps into greatness for short bits.

Worth seeing if you run across it.
Posted by Steve Kopian at April 25, 2014