Kinda like being there: Tribeca (my) Final Day: Storyscapes @ The Bombay House Of Imagination at Dune Studios 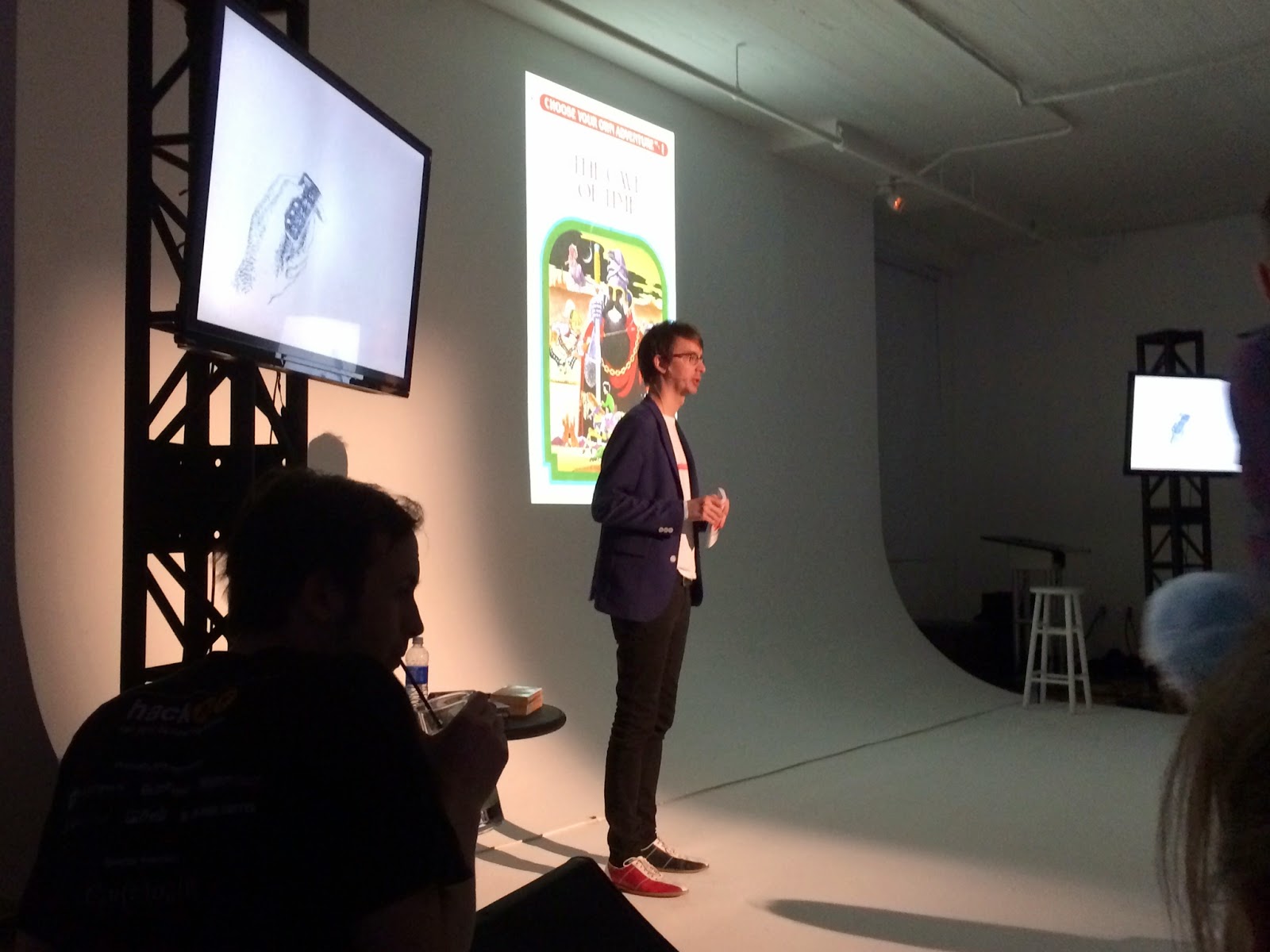 A visit to the Bombay Sapphire House of Imagination Storyscapes exhibition Saturday, and not seeing any movies, was a very fitting ending to my stint contributing coverage of this year’s Tribeca Film Festival to Unseen Films. With all of these films vying for space in the my cerebral cortex, it was fun to move around the innovative space, share some movie highlights with other attendees, and take in some thought provoking art installations.
Situated in what from the outside looked like a very ordinary office building on the west side of Soho, the layout inside was very engaging. With 2 floors being used to house the various interactive works on display, as well as two theaters and plenty of bars where the folks from Bombay Sapphire and their colorful concoctions made it very easy to have a drink or two…or three, it was not a place that one wanted to leave anytime soon after arriving.

The virtual reality based exhibitions I tried out, Clouds, Rise, and Use of Force were all impressive in their use of the Oculus Rift, a combination of goggles and headphones that leaves the viewer completely focused on what is presented before them (as well as behind and to the side). The technology, already being developed in tandem with gaming software, presents you with a seamless view of a virtual space that changes as you shift your head in any direction. The seated exhibit, Rise, encourages the viewer to explore this feature. Two futuristic figures appear posed in various positions that can only be seen when one scrunches their neck to gaze up or down, or at times rotate one’s head more than 90 degrees. In Clouds one can choose different content to explore by focusing one’s attention on a question appearing amongst intricate patterns of light. It works very intuitively, though the artist statements at the end of each path were a bit difficult to concentrate on in the crowded space.

Use of Force presents a real life incident and allows one to walk about a somewhat open space to get closer or further from the focal point. Again I was impressed at how tilting one’s head smoothly changed the angle at which you could take in the content. While it is a very brief moment you are taking in, Use of Force, along with the other exhibits suggested fascinating possibilities of how this technology could be applied, perhaps in the not too distant future. I could imagine tutorials where the ease of use could make it possible for learners to access information in what they feel is the most practical way. Virtual museum spaces could offer this feature as distraction-less and thoroughly absorbing experiences.

And yet, my personal highlight of Storyscapes was not as technology based, but still very innovative. Writer, performer Nathan Penlington, in collaboration with commercial director Fernando Guitierrez de Jesus presented a part live monologue (performed by Penlington) and part film celebrating, informing about, and pulling the audience into the world of Choose Your Own Adventure, a popular series of books aimed at elementary – high school aged students. It was a significant part of many childhoods, my own included, which allowed readers to be the main character and decide the course of the story. Penlington’s passion for the books became quickly evident as he gave an account of the series’ history that showed how very thoroughly he knew these books. Upon entering, everyone was given a device with 5 buttons so that they could choose from a set of choices, with the majority vote guiding the way. At first it was used to gauge the audience on things like their favorite fatal ending from amongst 5 highlights Penlington culled from the series. Looking back at these as an adult added a whole new level of appreciation for series creator and author Edward Packard’s dry wit, and I would now add Choose Your Adventure as a primary suspect in influencing my future dark sense of humor.

Things transitioned seamlessly into the real life adventure, in which we voted on the course Penlington pursued in tracking down the one time owner of a complete set of the books he acquired on Ebay. A personal journal found within prompted him to seek out its author who very possibly lived through a troubled past. This course initially lead to a bit of disappointment on my part. I was ready to play the game, apply my skills of reason and guide one or more characters to the most exciting ending of a fictional story possible, and perhaps more importantly stay alive! The fact of this being real past events would indicate that all parts of this story had happened, meaning things did work out the way they did. Perhaps many of the choices were mere distractions and if some things had gone astray, I would assume, there was a way to lead things back on course. However some very intriguing ideas come about over the course of the production.  While being a very revealing look at Penlington’s personality, it also directly takes on the question of when it is appropriate to pursue a story versus respecting a subject’s privacy. One also begins to look at the results of the audience choices with heightened anticipation and at times, the vote is very close. If the results do not in fact have a massive effect on the journey’s outcome, its manner of unfolding, while a bit long in parts, truly gets the audience to suspend disbelief. I could imagine this being a very engaging small theater production, of particular intrigue with chatter of a Choose Your Own Adventure movie being in the early stages of development.

With the various names and none too obvious location, the House of Imagination feature of Tribeca can be somewhat elusive, escaping my notice in previous years. I would definitely want to make it a part of my Tribeca experience from now on.