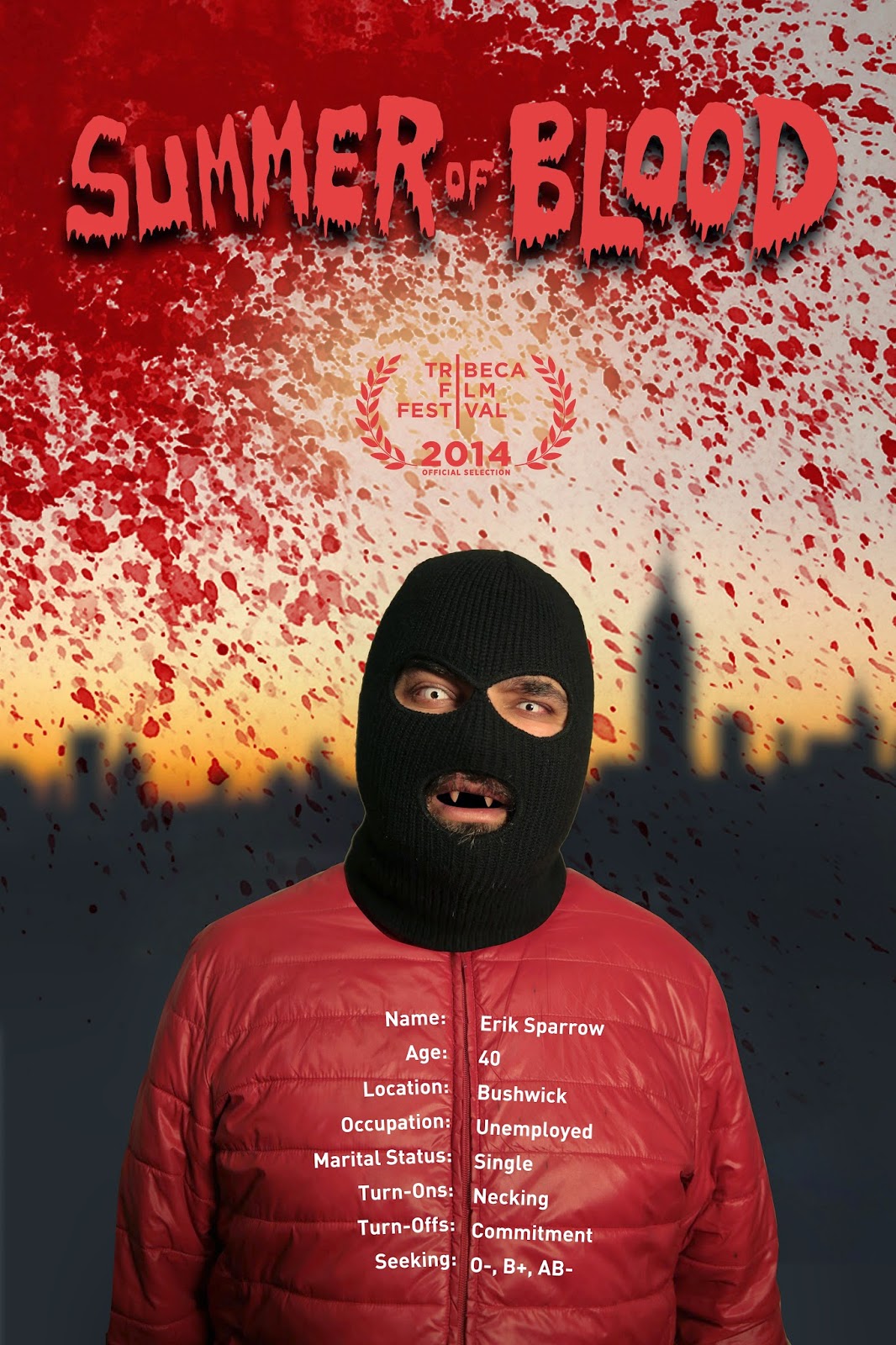 Is there any creature of pop culture mythology more privileged and self-serving than the vampire? Seriously, they don’t age, in fact marks of decay actually vanish from their newly transformed faces. They stay out all night and, oh so conveniently, can’t survive if exposed to the sun – there goes the 9-to-5 job.  Even with all this going for them, the carefree lifestyle fails to bring a smile to their pale, conceited countenances. When unfeeling becomes passe, they find victims, drain their blood and suddenly their lonely hipster club has increased in numbers. On the physical side of things, they experience an enhanced strength and, one would gather, virility too. That along with the whole immortality thing… depending on what kind of author penned them into existence, there might be some sexual exploration going on. After all, living hundreds of years….thousands of years…that same old position, same old partner, is bound to get dull…

Perhaps when you think about it, the vampire is the perfect symbol for an oft- perceived crop of young urbanites associated with privilege, lack of responsibility, and a wanton lifestyle.  While I don’t like to deal in stereotypes, many might say their Transylvania is the increasingly gentrified New York City borough of Brooklyn. Certain neighborhoods seem to cater specifically to ultra fashion conscious, partygoers, consuming the latest trends with a seemingly unquenchable thirst and a supporting bankroll. No sour grapes over here…It’s just a perception after all.

This would give some meaning to an otherwise inconsequent but hysterical horror comedy written, directed, and starring Brooklyn based writer/artist Onur Tukel, in which the things that doesn’t change after the lead character’s transformation into a vampire are more notable than what does. An early moment has Erick stumbling upon a bloody victim, which prompts a halfhearted attempt to borrow another guy’s cellphone to dial 911. This is derailed when they get to talking about the main character’s resemblance to Jerry Garcia. The thoughtlessness and cruelty remains pretty much consistent with this on either side of the afterlife.

Onur plays Erik, a thoroughly horrendous person, who is played with such ease, one has to wonder how much is autobiographical, how much is an explosion of repressed id, and how much is a straight-faced sendup of his generational peers? His faults manifest in the most likeable of ways, though. In his early forties and with a stature somewhere between swarthy and cuddly, he shows an intense aversion to commitment, a blatant self-centeredness, and a certain sort of modern day folk hero’s joyful propensity for being horrible at his corporate office job, refined to an art. Ever rationalizing, he excuses his status as worst employee because ‘everyone else is so good.’ He is also oozing with bad taste, most notably sinking to new depths of degradation as he indulges an office crush. 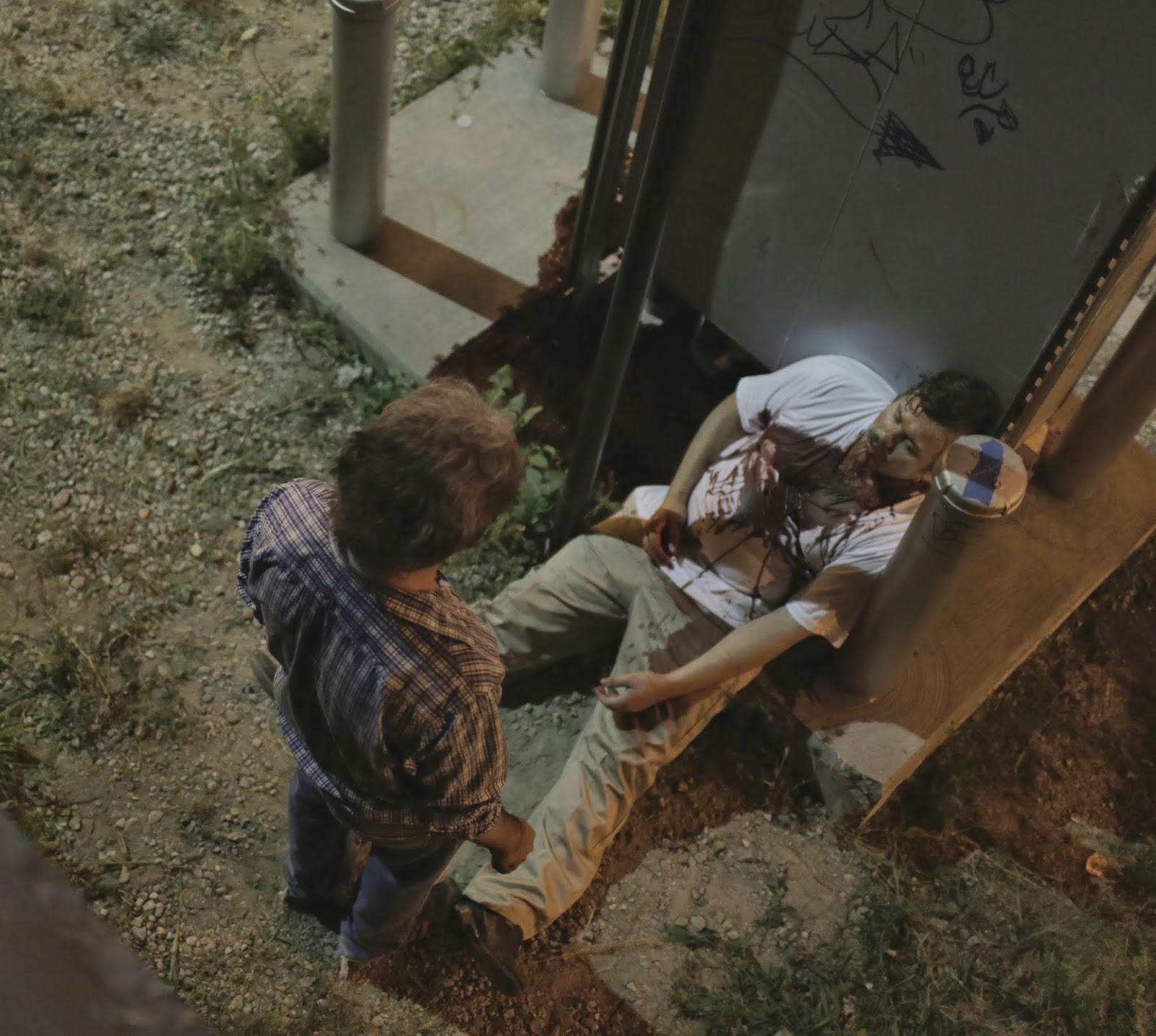 Erik first appears on a date with his girlfriend of three years, Jody, in a scene indicative of his wariness to commitment. His unwillingness to take his relationship to the next level leads to a breakup and subsequent pursuit of other carnal relations with varying results, but always a touch of failure. At the same time, he tries to get back together with Jody. It's a not unfamiliar case of inability to achieve happiness because the grass might be greener on the other side.

When Erik falls prey to a niftily attired creature of the night, it’s a pure comedy of mismatched content and reaction. Confronted with the threat of death, he reacts with as though being psychoanalyzed on the therapist’s couch. He fears so many things, yet death may actually come as a relief. Many would call it a line of thought only afforded to those with the luxury of time to indulge in endless self-absorbed pondering.

What does a self-obsessed loser do upon receiving eternal life and a bloodlust? Yes, he feeds the need for the red sustenance, while avoiding some of the classic pitfalls besieging vampires since forever. But traversing the mortal world does little to broaden his perspective. It’s back to the same sexual conquests, with a heightened urgency to improve on his previous disappointing efforts. And with the influx of freewheeling relations comes a renewed campaign to get back together with the ex. Is this lack of contentment – unhappiness with a life partner, unhappiness with playing the field -- symptomatic of a generational malaise, born of entitlement and the promise of having one’s way without sacrifice or compromise?

The patter of Tukel’s largely dialogue based comedy has a seamless beat and reveals an assured comic voice. A solid dose of nebbish with a delivery that is a few notches more energetic than Todd Barry, the audacity of  Tim and Eric, and a preoccupation with romantic success rate in league with Louis CK. The quick-wittedness of banter can seem improvised at times, but clever callbacks to earlier scenes suggest the work of careful construction.

So how does the supernatural aura of being a vampire affect the modern day urban afflicted relationship? Fear not, not a shred of taste or decency will be expended in seeking an answer.

SUMMER OF BLOOD has one remaining screening on Saturday, April 26th. Click here for details or to buy tickets. (TRI-HACK: standing on those rush lines does work if you get there early enough!)