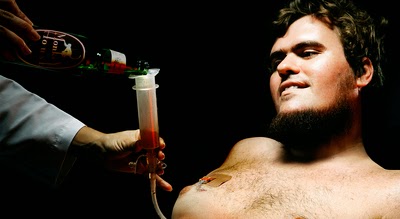 This isn't so much a document of his life but of his mental space- this is how he feels and what he thinks. Its a moving, over powering kick to the nuts. You can not help but be moved by the story. This film will make it damn difficult for you ever again to say you have a tough life or you hate your situation. How can you bitch and complain when someone like Patrick O'Brien is still fighting the good fight  despite being trapped in his body.

I don't know what else to say other than its a must see film
Posted by Steve Kopian at April 17, 2015