Tribeca Capsule mentions- Thank You For Playing, Indian Point, Roseanne for President, Requiem for the American Dream, Vaije, Bare, and Shut Up and Drive

A few films are not getting full reviews for a variety of reasons, Mostly it's a combination of I don't have a great deal to say despite in several cases the films being quite good. Its not the films' fault, Instead blame it on seeing too many films in too short a time and the films getting lost in my head. 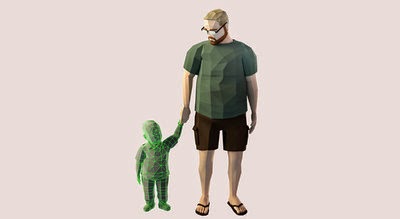 THANK YOU FOR PLAYING
The film follows Amy and Ryan Greene as they put a video game together based on their experiences dealing with their son Joel's battle with cancer. A very good film that is less about the game and more about how people deal with the disease in people they love put me in a maudlin mood. Not wanting to be in that head space I walked out half way in for lighter fare. (Hubert has a longer piece on the film coming) 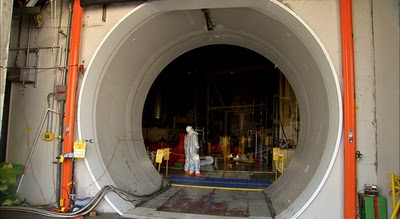 INDIAN POINT
Is a look at the nuclear reactor many people consider much to close to New York City. How you react to the film will depend upon  how much you know about the battle over nuclear power. The less you know the better it is.  While the film tries to remain even handed the Indian Point exec comes off best and one wishes the film had been more about him. 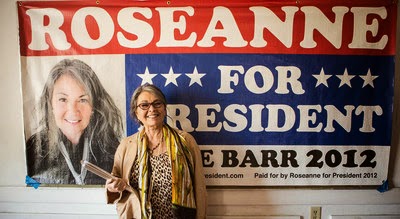 ROSANNE FOR PRESIDENT
A look at Rosanne Barr's run for President in 2012 as well as a portrait of the actress and comedian. Its pretty good look at Barr and her campaign, and while it may not be break new ground it is the most even handed showing the good and the bad. (I'd have done a full review but I just don't have the words) 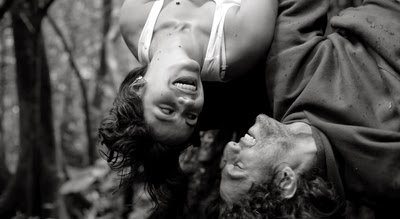 VAIJE
Despite great music, great cinematography and an occasional change of dialog this film is a waste of time. The film has a man and a woman meeting and running off. Why is never clear.  There is no reason to connect to two such flakey people. A major miss that will make you wondering what the programmers were thinking. 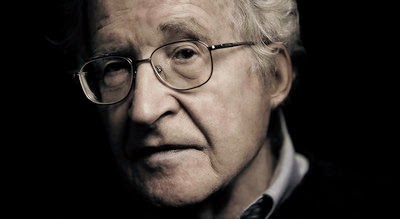 REQUIEM FOR THE AMERICAN DREAM
Noam Chomsky rambles on about whats wrong with the world in a film that will be interesting only to the converted or those people not paying attention to the world.  A waste of 80 minutes. If you want better stimulation I'd suggest coming to my house and talking to my brother Tom over dinner, not only will he give you a better discussion he'll also cook you a great dinner. 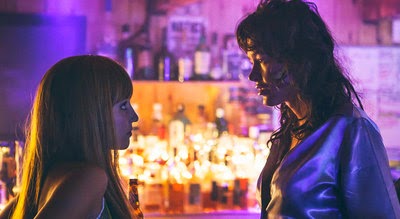 BARE
Woman stuck in dead end life meets a woman on the run from Las Vegas and sparks fly. A good little film that was completely enjoyable, but has gotten lost between when I saw it and the couple of days later when I went to write it up. 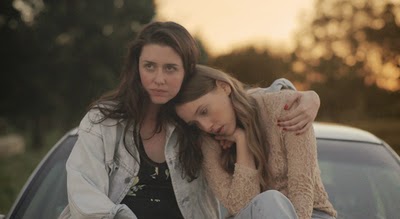 SHUT UP AND DRIVE
Two women drive to New Orleans to meet up with one of their boyfriends. I never quite bought the women in anyway shape or form to the extent that I walked out about 40 minutes in. Don't get me wrong the film looks great, has good performance, but on the other hand it had characters from Planet 10.
Posted by Steve Kopian at April 22, 2015