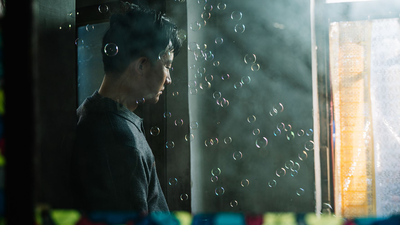 Wu Hai
Great looking heavy drama set about the man who runs a dinosaur themed amusement park having a series of bad days. Well done  but  little too slick for my tastes. I never lost the feeling  that the director was manipulating things. On The Divide
A look at an abortion clinic and its community in McAllen Texas.  While I was intrigued by some of the people this film highlights, I’m still pondering if the film actually works as a whole. While I liked the film my inability to pull my thoughts together has resulted in this short piece. Worth a look for those interested. 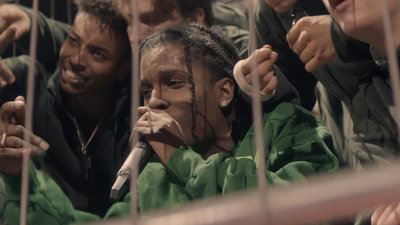 Stockholm Syndrome
Several friends were talking this film up as the best film of the festival.  I’m not certain that it is, but this recounting of A$AP Rocky‘s time being locked up in  a Swedish prison has style to burn and then some. It’s a compelling story  expertly told.  As to what I think of it is still up in the air, since I saw it under less than optimal conditions (I had a tiny window to watch it in because that was the only place I could fit it)  and I suspect the words of how great it is effected me. I want to revisit this.
Posted by Steve Kopian at June 20, 2021