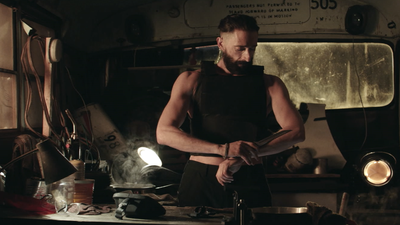 Clean is a garbage man with a past. He is trying to save himself by helping the people  around him. Long after the death of his daughter in an accident he is still broken and trying to make up for past sins. However when the local mob’s actions begin to effect his life Clean must make a stand to make things right.

Slow burn, slow building film from Adrian Brody, he wrote the screenplay, is a killer film for anyone who is patient. This is a film that slowly and quietly takes its time setting the table and setting up all of the characters. It’s a film that gives us a reason to like/hate characters so that when things pick up and violence comes we are invested in what happens to everyone on screen. The result is a sweet little thriller where we remember the characters more than we do the violent turns.

I really liked this film. I like how it slowly pulls us in an pulls us along and makes damn sure that we have to hang around to the very end

This is a sweet little movie that’s worth a look