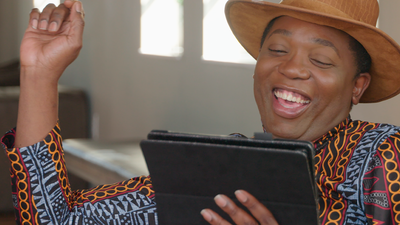 This is a look at Bebe Zahara Benet, who was crowned the first winner of Ru Paul’s Drag Race in 2009. Born Marshall Ngwa in Cameroon he emigrated to the US for a better life and found success as drag performer.

This is a good film about one of the first person who RU Paul made a star. It’s a film that gives us a great idea of what Bebe’s life was before and after winning Drag Race. We see how the he busts his ass to keep his career going and to help those coming up.

What I really like about the film is that while the film is firmly focused on Bebe and his life the film finds time to deal with the gay men in Cameroon who are living under the threat of violence for being gay. I was moved by the films handling of the material with a straight forward seriousness that was missing from another Tribeca film that was focused on a similar situation in Nigeria. Somehow this film seemed to say more in its several sections than a whole film on the subject. Even if the film was not as good as it is I would recommend it for those sections alone.

Honestly I had a blast watching this film thanks entirely to Bebe who comes off as extremely charming.