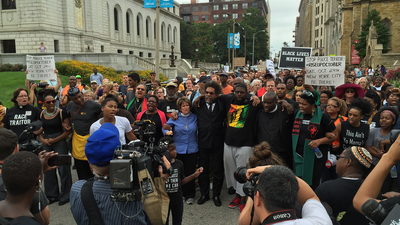 FERGUSON RISES
Portrait of the city that became the epicenter of protests when Michael Brown, an unarmed black man was shot dead by the police. It is a look at what happened and how the city try to fix the problem and rebuild.

This is a very good film, that unfortunately may end up getting lost among the similar films that are coming out on the never ending  police misconduct incidents . That said if you want a film that focuses just on Ferguson this is the one to see. 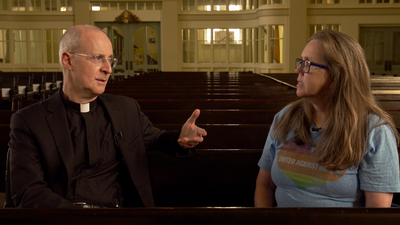 BUILDING  A BRIDGE
Portrait of Father James Martin who wrote the book Building a Bridge about how the Catholic Church needs to connect to the LGBT community.