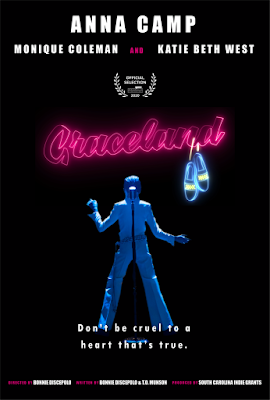 Ten year old Grace cuts her hair and takes to dressing like Elvis Presley. She is she says, the reincarnation of the King of Rock and Roll.

This is a lovely and funny little film about being who you really are as well accepting those around us for who they really are.

While the film can be a tad sitcomish, the emotion and the performances carry us past that. We really care about the people on the screen. While I know the film is currently playing in festivals, I’m left wondering about it’s future down the road. Will this become a proof of concept for a feature? It could work, though if that does happen I am hoping that the film loses some of the silliness.