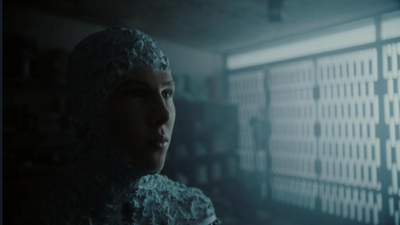 Perfect David is a film about a teenager who obsessively works out because his mom wants him to become a competitive bodybuilder. His mother is very controlling, making sure he's working out, attending his training sessions, telling him he can't drink, telling him when he has to rest etc. It's very bizarre and a bit disturbing as we see a scene where she has him take off his shirt to check his physique, she touches his chest and also takes his measurements (biceps etc).

The film is focused primarily on David working out, and we also see him with his classmates who David doesn't fit in with, as they often talk about vulgar things.

Given the subject matter, The Perfect David seemed like it would be an interesting film, but not too much really happens, the ending especially was quite dull.

Not one I would recommend.