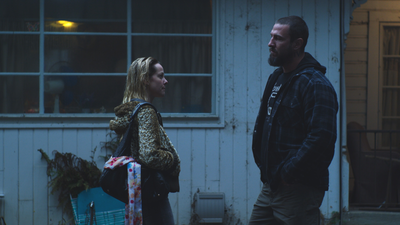 Wayland is released from prison after spending 15 years there for armed robbery.  Very soon after he is reunited with his high school sweetheart, Dolores.  They quickly pick things back up where they left off. Only difference is now she is a single mother of three kids, and struggling to support them. Wayland shortly after moves in.

I really loved all the kids in this movie.  They all had such personalities. They were probably my favorite parts of it.  I loved Wayland and seeing him become a father figure for these kids who really needed one. I will say the character of Dolores was pretty unlikable. (though she also is a single mom with no support, so I'm sure she hasn't had the easiest life).

This is a story of love, second chances, and really touches on the working class struggling to survive.  This film was touching. It felt a bit long at times, but I recommend it.