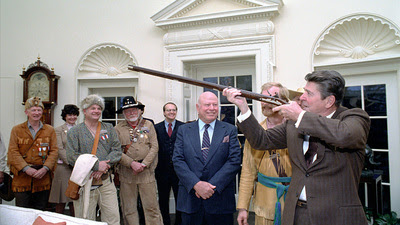 A vital look at the fight over gun control is one of the most important films at Tribeca and 2021.

What makes this film so important is that where so many others films on the subject scream and yell and jump up and down and attempt to play our emotions with amping everything up,  THE PRICE OF FREEDOM takes a calm and reasoned approach.  If you want to know what I am talking about consider that so many films about the subject and recent tragedies talk endlessly about the evils of the National Rifle Association. Everyone paints the group as the boogie man but none of them explain what it is and its history. For the first time the century and half history is briefly laid out in such a way that we also get a discussion of the changing philosophy of the group. That may not sound like much but it lays the groundwork for the discussion that follows.

And what a discussion it is. A well rounded and not largely one sided discussion explains what the saner advocates for all sides are trying to achieve.  I love that watching the film all of the bullshit and the hyperbole drops away as we see that even the survivors of recent shootings are not trying to ban all guns, rather the ones that rationally have no real civilian use and are being used over and over to on weekly basis to kill Americans. This is a film that seeks to defuse the emotion and get to a real substantive debate  about subject that we need to really address.

If you care about your fellow human beings you owe it to yourself to see this film.