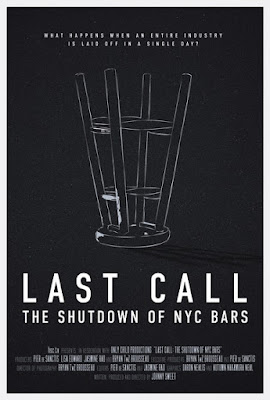 This is an hour long documentary look at the effect of the covid shut down of bars on local bars in New York, specifically the borough of Queens.

This is a good look at how the covid lock down altered life for those in the hospitality industry. Told through a series of interviews along with footage of the then shuttered bars. It’s a story that gives us sense of what was lost beyond the money, namely to sense of community. If you want to know what it was like for those who work in the bars during the early days of covid, this is is the film to see.

If I was to quibble with the film I would say there are two problems with the film. The first is the first 15 minutes feels like an introduction that keeps getting repeated by various people in various ways. We get introduced to the various people who are telling us their stories and everyone starts the same way.

The other problem, is that the film is aiming to be about how the closure effected all the bars in Queens, however most of the people interviewed are all connected to the same bar. While I know their stories have a great deal in common with other people who work in bars, it comes across as a less diverse cross section of a population than it should.

Still this is a good film and an important record of what happened.