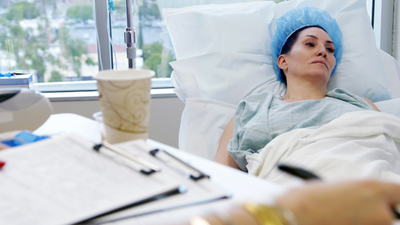 EXPLANT is the story of the problems with breast implants. The industry swears they are safe but women are getting sick as the materials in them are leaching out and infecting the bodies of the women who have them.

Focusing on the case of Michelle Visage who is probably best known as judge on Ru Paul Drag Race, the film beautifully puts a face to the problem that is harming millions of women, whether they know it or not.

While there have been other films on this subject, I believe at least one other film has played Tribeca in the last couple of years,  this I probably the most accessible of the bunch thanks to ----. Thanks to her boisterous personality this is the film that is going to get the subject noticed because almost instantly the film stops being about a subject that is effecting other people but its about a friend.

Seriously this is a great film because it brings all the information together in such away that it may actually make the illness taken seriously.