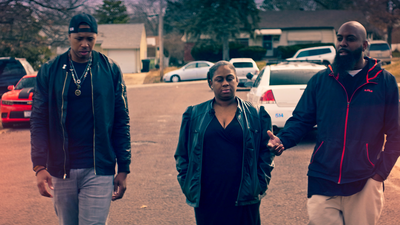 The film also talks about how many of the foods that black people commonly eat started in slavery and then became a tradition. However, the traditional food in West Africa were whole grains, whole foods, mostly plant foods.

They're Trying to Kill us discusses how much the government is involved in what people eat as well. For instance, they push dairy on people even though most people are lactose intolerant and that's because they get money from the dairy industry. The film also touches on how corrupt the pharmaceutical world is. All of these organizations work together: fast food makes people sick, drug companies keep people sick. Many of the same board members and CEO's etc are in both industries, which was wild to learn.

The documentary uses a lot of statistics and facts. It features many black hip-hop and R&B artists, influencers, politicians, professional athletes, and many doctors giving their input. I hope that having all of these people in the film helps to influence and inspire people to make a change.

The film did feel a little long, but it was very educational. It will make you angry and sad. I think it's an extremely important film that I believe everyone should watch!