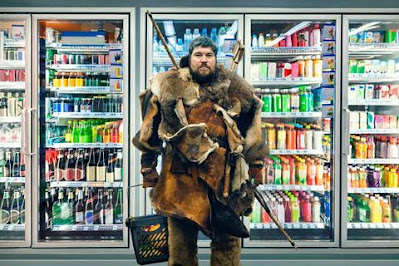 Martin is having a midlife crisis. He has fled Denmark for the forests of Norway where is trying to live like a viking off the grid and only via food he catches for himself. It is not going well. Into his fractured world comes an injured drug dealer. He  has staggered away from car crash and into Martins camp. The two begin to bond as the police, spouses and various people come looking for Martin, who has raided a local truck stop as well  as Martin’s new friend and associates.

Okay comedy drama has some very funny moments, and some very great set pieces (the car crash and the Viking camp come to mind). I’m not sure that it all hangs together since the film is constantly trying to push the envelope or be cutely off center. I enjoyed it