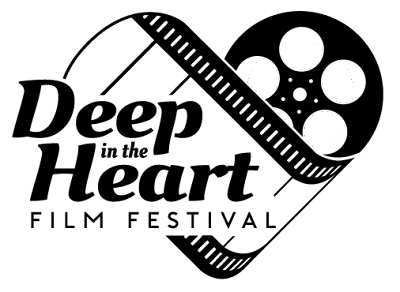 Waco, TX (June 15, 2021) – The Deep in the Heart Film Festival announced the film lineup for its 5th edition, which will include a celebratory return to theaters as part of its hybrid presentation July 22-31. Deep in the Heart FF will open with Chris White’s comedy about Christian music, Electric Jesus and then close the film festival with Kevin Smokler and Christopher Boone’s festival-hit documentary Vinyl Nation, about the love of records. Brett Bentman’s thriller Outlaw’s Buckle will make its world premiere as a special Spotlight Screening. Deep in the Heart FF will also present the always ambitious lineup of themed short film programs the film festival has become noted for over the past five years. The popular Waco-based film festival will be screening 133 films (5 features, 128 shorts and music videos).

Deep in the Heart FF co-founders and directors Samuel Thomas and Louis Hunter, said, “Last year was an important step in our film festival’s continued growth as this city and area’s primary presentation of new film discoveries, but it will be incredibly exciting and fulfilling to welcome film fans back into the theater and give our filmmakers that interaction with audiences that is so vital to their development as artists. This year we won’t just be returning to our theater seats. We will also continue to present our films online, virtually, and reach out to Texas audiences in order to introduce them to these films and the filmmakers responsible for them as well. The sense of fun and love of cinema that Deep in the Heart FF has been known for since our very first year never left, even during a challenging year, but our voice and ability to spread the gospel of our films and what we do has become stronger and made us quite a force to be reckoned with.”

White’s Electric Jesus, which will open the film festival’s in-person first weekend on Thursday, July 22 at the famous Waco Hippodrome Theatre (724 Austin Avenue), is a comedy set in the Christian Rock world of the 80s about a teenager who connects and starts to travel with a Christian hair metal band made up of older kids from his church. The film also stars Brian Baumgartner (The Office) and Judd Nelson. White and additional cast and crew are expected to attend.

Friday, July 23 will feature the world premiere of Bentman’s Outlaw’s Buckle as the film festival’s Spotlight Screening selection. The Texas-based production about a serial killer facing off against a group of deputies in pursuit during a storm will make its world premiere at the film festival. Bentman and members from the filmmaking team will be on hand for the screening.

Closing out the in-person opening weekend will be Smokler and Boone’s popular documentary Vinyl Nation. Screening on Sunday, July 25, the film, which looks at the revival of record-playing culture via “Record Store Days” and the handing of the baton from one generation of collectors and enthusiast to the next generation will include a record collector’s event to go along with the screening and Q&A.

Two discussion-point documentaries will fill out the feature film roster with Eden Wurmfeld and Margaret Munzer Loeb’s Chasing Childhood and Nicol Ragland’s Trans Pecos sure to inspire a debate-filled lobby at Hippodrome, as well as at the festival’s after parties and lounge. Chasing Childhood takes a close look at how American children are faring under the weight of overburdened schedules of extracurricular activities and expectation to “succeed” in the academic world. The film follows education professionals and reformed helicopter parents who seek to find a better and more practical balance to the lives of children. Trans Pecos is a Texas-centric exploration of the issues of land and water rights in this state, while painting an honest portrait of what is to come if we allow oil interest to supersede public good. The film is unflinching as it uncovers the truth in Far West Texas and one pipeline reflecting the beginning of the invasion of one of the last American frontiers.

Since it’s inception, Deep in the Heart FF has had a strong focus on programming short films and curating themed programs that go far beyond basic “drama” or “comedy” programs. This year’s themed short film programs run the gamut from “Seeing is Believing” which will put forth films dealing with “Secrets, lies, deceptions, and discoveries. What exactly is the whole truth?” to “Wants and Needs” that focuses on “Obsessions, desires, and some dang 3-ply toilet paper in the employee bathroom”. Other programs include “Relationships 101,” “Altered States,” “Heart of Texas,” and “Oddities.” Of course, there will also be the yin and yang of “Family Friendly Films” on one hand, and “Horror” on the other.

Passes and tickets go on sale Monday, June 21. To purchase passes and ticket and find more information (including how to volunteer for this year’s edition) on the Deep in the Heart Film Festival, please go to: https://www.deepintheheartff.com/.

Set in the summer of 1986, Electric Jesus follows a teenager and his experience traveling with an aspiring Christian hair metal band made up of older kids from his church. Following a blistering performance at a church camp talent show, the band is taken under the wing of a flashy Christian Rock promoter with a plan to get them a recording contract and make Jesus famous. However, complications arise when a pastor’s daughter stows herself away in the band's RV and starts to emerge as their muse, head-turning opening act, and the teenager’s first love.

A deep dig into the crates of the vinyl record resurgence to discover what an old technology says about our relationship to music and each other during a divided time in America.

During a terrible storm, a serial killer faces off with deputies in hot pursuit of a stolen belt buckle.

Overprotected and over-directed, American children are wilting under the weight of well-meaning parents. In the pursuit of keeping them safe and creating an impressive resumé of extracurricular activities to wow admissions boards, over-parenting smothers children across socioeconomic classes and leads to anxiety and depression. Chasing Childhood follows education professionals and reformed helicopter parents who seek and offer solutions for developing more confident, independent young people while restoring some joy and freedom to childhood.

Trans Pecos is a timely intervention weaving together the issues of land and water rights, while painting an honest portrait of what is to come if we allow oil interest to supersede public good. It is a cautionary tale meant to inspire people from every walk of life to take action and work toward change that can happen if informed citizens and those in power hold oil and gas companies accountable. A documentary that uncovers the truth in Far West Texas and one pipeline reflecting the beginning of the invasion of one of the last American frontiers.

For the SHORT FILMS AND MUSIC VIDEOS visit www.deepintheheartff.com

About Deep in the Heart Film Festival

Consistently ranking in FilmFreeway’s Top 100 Best Reviewed Festivals in the World, Deep in the Heart Film Festival (DitHFF) brings our Central Texas community together through independent film. Established in 2017, we engage audiences with films from major festivals and Texas talent. We build networks and careers through our industry education and promotion. Add in some chips & salsa with our own DitHFF magic, and we create one of the most unique experiences on the festival circuit. For more information visit www.deepintheheartff.com, and follow us on Facebook.com and Instagram.com.

Email ThisBlogThis!Share to TwitterShare to FacebookShare to Pinterest
Labels: Deep in the Heart FF