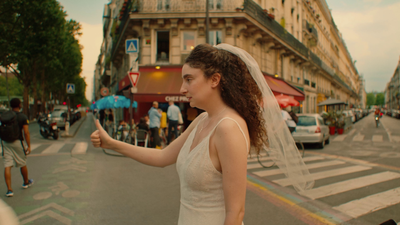 A 90 minute unbroken take has us traveling across Paris and meeting various people.

How you react to this film will be determined by how you react to the conceit of the film. Its a film that was done in 6 takes with a crew of 16. Its one take film where we cross and recross the city and the people. Its an amazing technical achievement.

The problem is that there is no narrative only connected scenes. The dialog came off as mostly contrived as we see these conversations that are dripping with meaning. Everything seems to be deeply important. While I marveled at the technical achievements and some of the conversations were good mostly I tuned out as the pretention over whelmed everything.

I would take a pass.