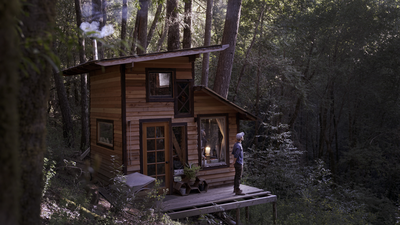 Emmett Brennan had made a lovely looking film about our relationship with water and how we as a species have unfortunately taken it for granted, with the result that we are in danger of running out.

I have to give Brennan a lot of credit for making a film on subject that is vital and has to be dealt with. We are rapidly running out of water because we are wasting or polluting so much of it. I absolutely love the sense of urgency in what he is telling us. I also love that he has illustrated it all with some of the most beautiful images you will see all year.

Unfortunately as urgent as the film is you are going to rapidly put you to sleep. Feeling more like a public service announcement that is going to preach to you instead of engage you the film keeps us at arms length. Blame it on a combination of Brennan’s  narration which is both too insistent for its own good and his delivery which is much too dull. We never connect. I was hard pressed to actually finish the film despite several attempts to do so.

This is a vital story dully told.