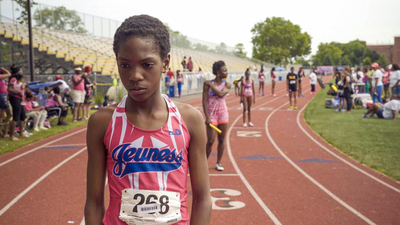 This is a portrait of a the three Sheppard sisters who were signed up for a track meet by a babysitter on a whim and were discovered to be super athletes. The film also follows their coach, Jean Bell, who tries to keep the girls on the straight and narrow.

Okay sports film is more interesting in the sections following the girls coach than the girls themselves. This isn’t surprising since there isn’t much to the girls who kind of lucked into everything. This isn’t to say that they aren’t sweet girls but more there is nothing to explain to me why there is a film about them. -Bell on the other hand is busting her ass to get the girls to the next level and she is the one we want to watch.

This is an okay film.