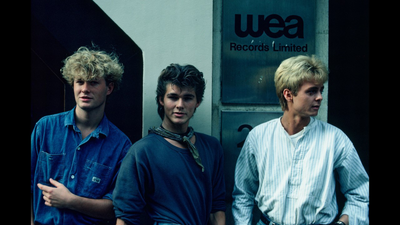 Portrait of the Norwegian supergroup whose single Take on Me is one of the best selling songs of all time.  The group has been a powerhouse group for 40 years despite occasional internal strife.

This is a good little film about a group with one super mega hit and a lot of other small hits that we know but which don’t instantly come to mind. Driven my a music track the film tell us everything we ever wanted to know about the band and then some.

While I enjoyed the trip the film was strange in that normally with a film like this I rush out and but their greatest hits. This time out I moved on to the next film.