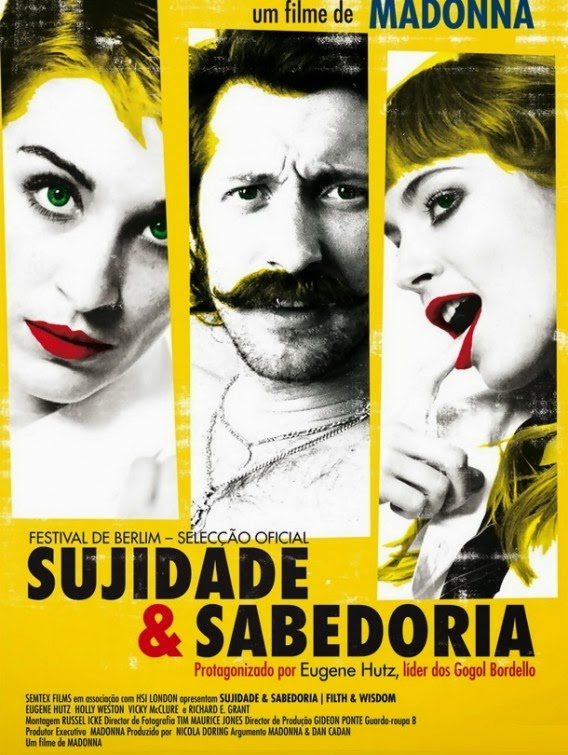 I first saw this much reviled film from Madonna on IFC in Theaters back when it was originally released. Having seen the film a couple of times now I think its clear that the hatred of the film is because of who the director is rather than what the film is. While I'm not a Madonna fan I don't think she did all that badly.

The film is basically the story of AK and his two roommates who are trying to simply get a leg up in the world. AK, played by Eugene Hutz in what I hope is a break through performance is a deeply philosophical Russian in a rock band who gets people to pay him to abuse them. The film is narrated by him as we see what he and his friends are going through.

A small scale nothing of a film, this is the sort of film that probably wouldn't have been noticed much without Madonna in the directors chair. then again there is something very much alive in the film with great characters, odd relationships and very good music that raises it up a couple of notches. Clearly Madonna knows what she's doing behind the camera. I really do like the film. Its not the be all and end all, but there is something nicely alive about the film that makes it more than the by the numbers independent films it resembles. (And yes Richard E Grant is Wonderful)
Posted by Steve Kopian at April 04, 2014