kinda like being there: Tribeca day 5 Birth & Death Under Neon Lights 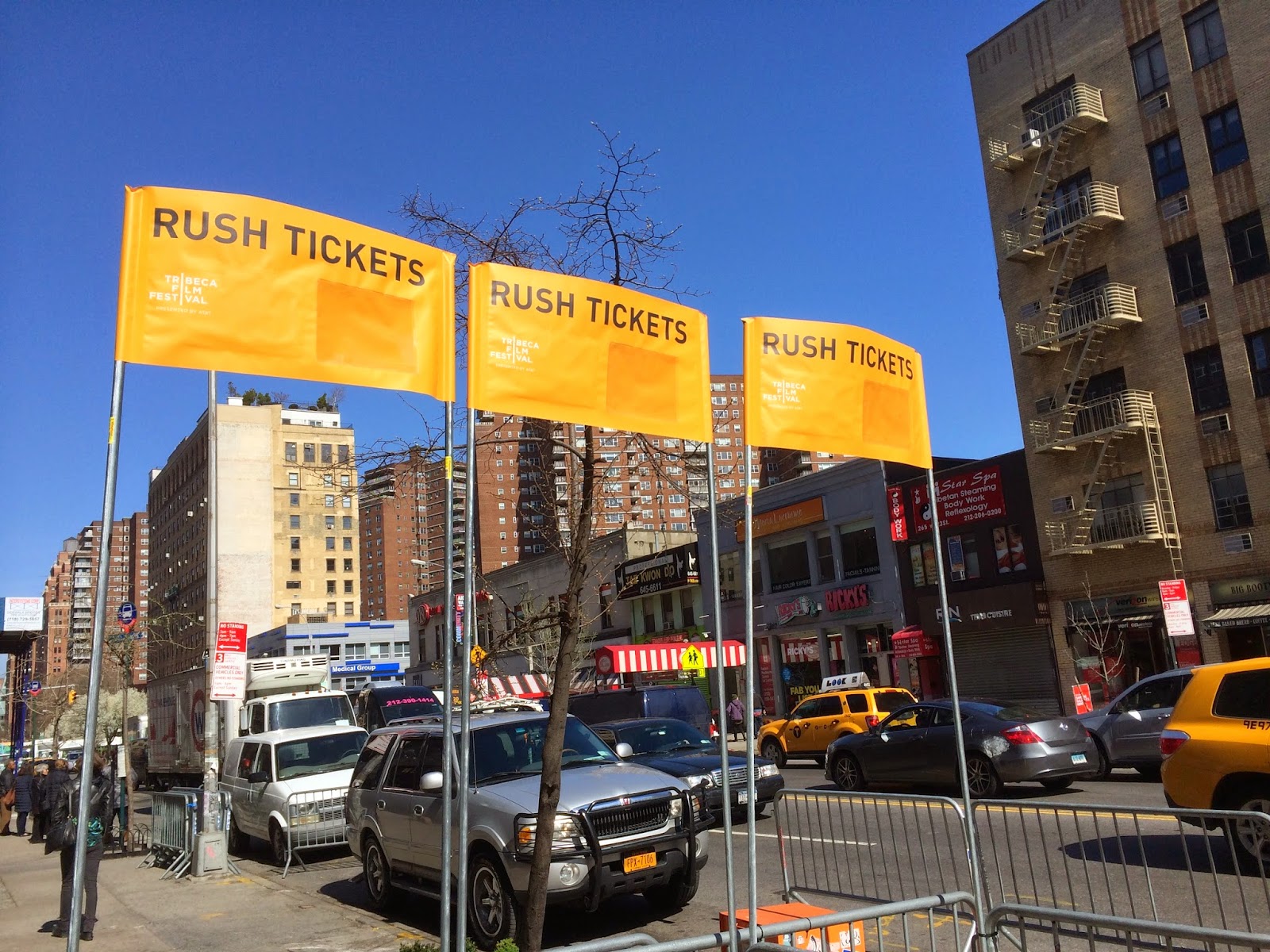 Just to be real for a minute, staying in downtown Manhattan is not easy for those of us of modest means. But after having to skip some screenings of interest during last year’s Tribeca Film Festival, I was determined to look into the prospects of locating myself overnight for at least a small part of this year’s fest. With a late night screening on Sunday night and an early press screening this morning both of interest, I decided to go for it. Costs being what they are and the decision being very last minute, options were limited. I ended up staying in what could legitimately called a ‘crawl space’ of a commercial artist’s work space in Midtown Manhattan, showering at the facilities of a gym down the block. Weird…not bad but weird. Benefiting from a bit of rest and a break from the commute, I headed to two press screenings, MISCONCEPTION and BLACK COAL, THIN ICE; then off to interview the director and participants of the documentary LOVE AND ENGINEERING, which I’d seen and thoroughly enjoyed before the festival started.

Misconception is a documentary about perceptions of the worldwide phenomenon of overpopulation and an attempt to sort fact from misguided notion. What I was expecting to be a complex weaving of together of numerous facts and figures is more of a combination of 3 miniature character studies based around individuals on different sides of issue. A Taiwanese man in his late twenties is desperate to find a wife, which may be particularly problematic due to birth limits and a cultural preference toward baring male children. A Canadian woman identifying herself as a pro-life Christian prepares to lobby the representatives of various countries at a UN meeting to support anti-abortion polities. And as if in answer to the second story, a woman in Uganda presents her role in supporting the depressingly large number of abandoned children, whose births are shown to be connected to both a lack of access to contraception and education.

Meanwhile, statistics are fairly straightforward and easy to digest, pertaining largely to  the birth rate in different countries. A statistician Hans Rosling presents these figures with a humorous touch, giving his own more convincingly presented point of view.  Though I feel as though the first two cases dwelled a bit long on quirks of the individuals, taking some focus away from the bigger picture, and perhaps a little bit of the momentum of the very powerful final piece as well, it adds up an overall effectively presented thesis that acknowledges these issues do not exist in isolation, but are always interconnected with other situations.

MISCONCEPTION is being screened Tuesday, April 22, Wednesday the 23rd,  and Saturday the 26th.  Click here for more information or to buy tickets.

Mainland China’s Black Coal, Thin Ice completely scratched my itch for dark, moody suspense thriller cinema. An arthouse crime drama that maintains a balance between style and genuine suspense, the film begins with the appearance of human body parts scattered throughout deposits of coal in a mine. This is traced to unsolved crimes occurring some years later, which leads a team of police along with a dismissed detective who’d been working the original case on the hunt for a murderer. Instead of a band of hardboiled heroes, the protagonists here are very human and considerably flawed.

The film has one of the most absorbing visual motifs I’ve seen in the realm of crime thrillers. Hazy neon displays of red, yellow, and blue are all around. When characters’ faces are awash in these different shades, it is like revealing different layers of their personas. As surely as this film strings us along in a classic murder mystery, it boldly shakes things up, facing viewers with a powerful statement on how law and order works in a provincial territory just as they are wrapping their heads around a moody whodunit. It is sure to frustrate some but will be a thing of unshakable contemplation for others. It all begs for a q & a, but unfortunately the director was not able to make it to New York for the festival; nor will mesmerizing lead actress Gwei Lun-mei. One of the first things I did after leaving the screening was to check on this.

BLACK COAL, THIN ICE is being screened Tuesday, April 22, Thursday the 24th, and Saturday the 26th.  Click here for more information or to buy tickets.

Love and Engineering is a documentary about IT engineers pursuing scientific means of explaining attraction so that it can better be obtained by those who relationships seem to elude. It is very funny but also has a ‘cool’ factor of its futuristic look and soundtrack, as well as some very moving moments of self discovery among some of the film’s subjects. In talking with its director, Tonislav Hristov, a fellow IT guy, and two of the film’s participants, Atanas and Todour, I learned that this was very much a collaborative effort, with  Tonislav being very good friends with them both before the production started. They gave some insight into the experiments they conceived of during the film as well as some of the interesting cultural phenomena shown, such as the large cavernous hall of screens that turns out to be from an event that is something of a ‘Woodstock for IT people.’

Hristov also revealed himself to be very meticulous in his direction, describing the back and forth exchanges between him and the composer of the score until the right the of sound was captures, and the large number of days spent on filming some of the experiments that may come across as quick and easy when watching the film. Unseen Film’s Chocko was on the scene to capture images of the amiable crew, and balance out the chi in the room. It was an interview I’m very much looking forward to transcribing.

LOVE AND ENGINEERING is being screened Tuesday, April 22, Thursday the 24th and Saturday the 26th.  Click here for more information or to buy tickets.
Posted by mondo_curry at April 22, 2014