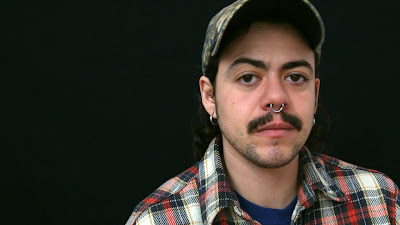 Three weeks on and god know how many movies since I first saw it North By Current haunts me still. On the basis of that alone you should see it, however there is so much more to it.

The film began when filmmaker Angelo Madsen Minax went home after the death of his niece. What was a an unfortunate tragedy looked to end up being turned into something much darker by the authorities. However things change in the case and so does the trajectory of the film which becomes a look at Minax‘s family, their faith and their struggle to remain together

One of the great things about North By Current is I can tell you everything  about what you see but it will not remotely be like what its like to see the film.  The reason for this is that in constructing the film Minax has made something greater than a straight forward tale. One part reporting, one part essay and one part personal journey the film it’s a film that pulls us out of our seats and puts us into a place of Minax’s creation.  It’s a place that exists only in this film but at the same time it opens up your eyes in such a way that we see our world with new eyes. I was deeply moved by what I found there. Actually I have found so much there that I am still pulling it apart and turning it over despite making several passes through the film.

For me one of the signs of a great film is if it makes you react. Intellectually, emotionally a film should force us to interact with it. It should move us in some way, even if it is to laugh or a tear. North By Current forces us to engage not only with the film but our lives. Watching it we can’t help but ponder our lives as well as those on screen.  By that measure, as well as others, North by Current is a great film- probably one of the best you will see in 2021.

Since the act of watching the film is a personal experience there is little more I can say other than see it.