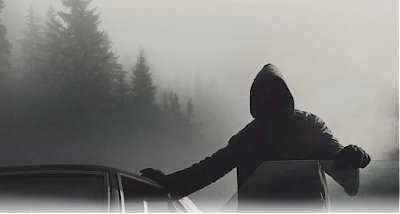 Weird mix of SAW and the found footage genre has film students kidnapped by a serial killer  who is then hunted by some detectives based upon footage left behind...or something

Despite having some good performances and come creepy moments this film disappoints. The problem with the film is that it is tonally all over the place. The early found footage material is some of the most annoying I've ever run across. While it gets better toward the end as things become a bit more conventinal in the telling, it never recovers. Worse the final denouncment had me screaming at the screen at the end as the story takes a "you can't be serious" turn. They can and are.

More infuriating than bad this is a film just fels like its full of contempt for its audience by its makers.