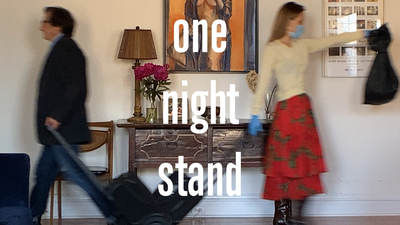 WITH/IN is a two volume 13 film collection of films concerning life during quarantine. The films were shot on iPhone and used whatever was handy.

I have been bitching about the fact that there are way too many films about life in quarantine and the fact that almost all of them are exactly the same. I have said flat out that the genre needs to be retired...

I am not going to write up each film. I don't think that's fair. They are all worth seeing. Additionally because of seeing them in the middle of a festival I would just give you a line on each which really isn't fair.

There are however some that deserve mention, ONE NIGHT STAND with Griffin Dunne is wickedly fun. Mickey Sumner's I"M LISTENING will connect to you. TOUCHING is. Rosie Perez's COCO & GIGI is also memorable

Truthfully if there is any flaw with the collections it's that the first volume is only four films and an hour shorter than the second.  I understand why it was done, the way the films group themselves, but at the same time  seeing all the films together really is something special, especially since they build.

If you can only see one collection, watch the second, there are more films

WITH/IN is just beginning it's festival run and is very recommended. 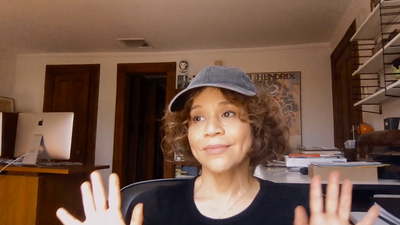