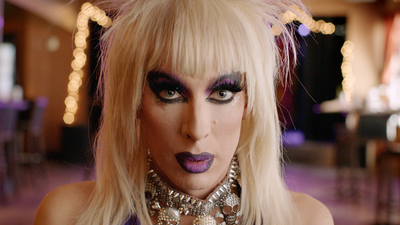 God Save the Queens is a movie about four drag queens who are at the same therapy retreat. Rather than just showing them sitting around talking, the movie jumps from character to character and shows their story. They're all trying to make it, but they each have issues in their lives that they need to resolve.

There is both humor and moving parts in this film. I liked the characters and the stories, but sort of felt like the therapy portion was pointless. It didn't really matter that they were in therapy. The film could have easily just been four separate stories. You can definitely tell it was a lower indie budget. I enjoyed it and felt that there were life lessons that you can learn from each of the characters.