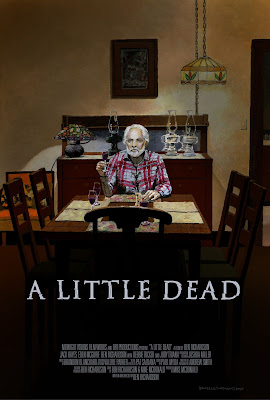 A LITTLE DEAD is slow burn horror short premiering at Dances with Films.

The story as a young woman and her brother going to visit her grandfather. Each night he puts out two glasses of a drink on the dining room table and tells them not to move them until they are finished. Why he does this isn’t clear but as you can guess you really should take his word for it.

While long time horror fans can probably figure out where this may be going, it won’t stop the chills. As the film moved toward its ending it had me talking to the screen.

When the film ended I emailed a couple of fellow writers who love spooky things to say they had to check it out.

This is a little gem that’s destined to play many horror fests.