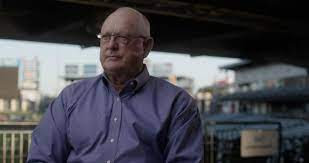 With FACING NOLAN hitting theaters tomorrow here is a repost of the short piece I did for SXSW
FACING NOLAN is a loving portrait of baseball legend Nolan Ryan and his wife, Ruth. It’s a portrait of one of the greatest players ever and the man who is supposed to have the fastest fast ball ever thrown. Its all here from his little league days to his adventure in the present day.  The film is a treasure for anyone who grew up watching the man in action or ever heard the tales of his achievements. It also makes clear to the loonies who of late have been saying that he wasn’t that great, that yea he really was. Recommended.
Posted by Steve Kopian at June 23, 2022