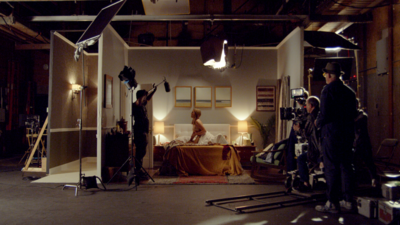 Nominally this is a look at how cinema and thus society views women and matters of sex. However the film actually throws its net wider and includes look at the LGBT and people of color are also viewed and how recent changes have started to open up the jobs behind the camera an have changed what we see on screen.

This is a very good over view of the various subjects filled with a great number of talking heads and an endless collection of clips illustrating the various points.  It’s a good place to start a discussion.

A word of warning as good as the film is this film is similar to a couple of other recent films on a related subjects and as a result how feel about this film maybe influenced by your feelings for the earlier films. I don’t know if they have left the festival circuit so if you have not been to a fest, you shouldn’t have a problem.