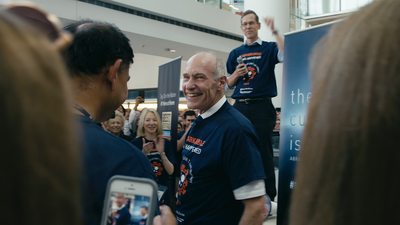 This is the story of young Emily Whitehead's battle with cancer through the battles of her doctors to cure her and others.

This is a good  look at the battle to cure cancer for everyone. There is a great story here about how thinking outside of the box has opened the door to curing numerous cancers and possibly other diseases as well. Watching the film you will be filled with a great  deal of hope for tomorrow.

As good as the film  is the film isn't perfect. The film is very dense with a lot of material, some of which doesn't need to be here. Points are hammered home several times and more than once I wished bits had been removed. The film also is a bit too manipulative. This film is structured from the start to be a tearjerker in an obvious way. We are not given the choice to feel, the editors took care of it for us. I felt manipulated.

And yet this film has haunted me. The hope to a cure the film highlights can't help but make you smile.

Reservations aside the film is worth a look.