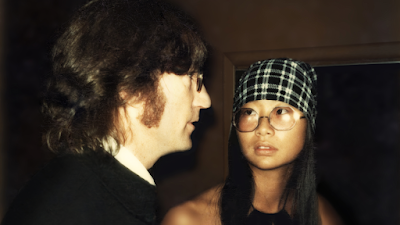 I'm going to be pondering LOST WEEKEND A LOVE STORY for a while. Its the story of May Pang and her relationship with John Lennon, Yoko and Lennon's first wife and son Julian.  Its a complex story with no easy answers. Its a film that is going to rattle some people's cages because even 40 plus years on from John's death he is still viewed a certain way.

I like this film a great deal, however at the same time I still haven't full processed it. Pang's portrait of Lennon is not the  one the media pushes, not is it the one that the media has been reinventing over the years. It is clearly one that is coming from someone who knew the man up close and personal. Even though I am not a huge Lennon fan I still have a certain picture of him from decades of media stories.