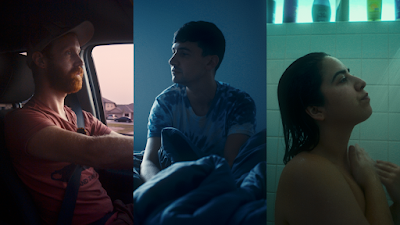 I'm probably the wrong person for this film. I kind of like character development more than just longing looks. Yea the cast is great but when the first fifteen minutes are pretty much silent  glances you kind of lost me, especially since after that what is said is largely shallow.  I like character development beyond what we see on people's faces and I don't think we really get that here.

While the cast looks good I'm not sure they really are given much to do. Yea there is a breakdown late in the game when one member of the relationship realizes her boyfriend is finding more outside of the relationship, but that seems to me to be the height of emotional action for the film. Mostly it's just looking at each other not saying much of anything.

I can't say the film is bad, rather all I'm left feeling is that the film is utterly completely empty.

Perhaps had I  was 30 years younger and currently in a poly-amorous relationship  it might have spoken to me, but as an old fart , who survived a fleeting attempt  at it decades ago all I'm left with is a movie that trying to say something through poetic images and connect to me on an emotional level but is incapable of doing either.