Four from Dances With Films

I was hoping to do full reviews of all these Dances With Films features but turns in the real world have reduced my ability to do so. 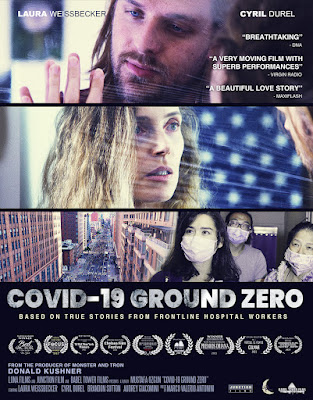 COVID19 GROUND ZERO
Based upon true stories this is the story of a hospital nurse and her boyfriend during the covid lock down. Well acted and earnest, the film suffered for me from covid burn out. I’ve seen too many covid films  over the last year and I’m at the point where I know that unless something is truly different I’m having a tough time taking the films on their own merits. While the film is definitely good I am uncomfortable saying how much due to the glut of films. If you are interested it is definitely worth a look. 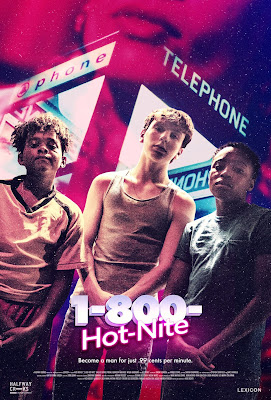 1-800 HOT-NITE
A group of teenaged friends attempt to help one of their group get thrown in foster care after his parents are picked up in a drug raid. Interesting mix of comedy, drama, social commentary and coming of age is not like any other film out there. While there are definite signs that the film is trying to do way too much, it’s really nice to see any film being as ambitious as this one.  Worth a look for anyone who doesn’t  want a typical Hollywood film. 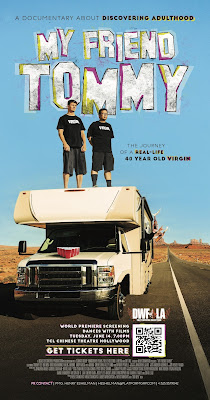 MY FRIEND TOMMY
Surprisingly charming documentary about friends trying to help one of their number find love and sex. Billed as a real world 40 Year Old Virgin this film defies expectations to be come a solid look at life and friendship. Doing more than just being about a guy trying to lose his virginity, the film instead becomes a weirdly insightful look at life and how we live it.   Recommended 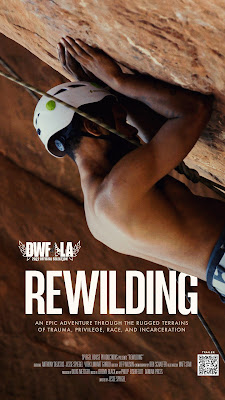 REWILDING
NYC artist takes part in a program to help reentry for former inmates by  going into the wild and rock climbing.  What starts off as a look at a program hoping to help people by changing their perspective changes in the middle into an interesting look at matters of race in these helpful programs.  Because of the change this film becomes something more than just a feel good film. It’s a film that makes you really think about how you feel about such programs. Worth a look.
Posted by Steve Kopian at June 29, 2022