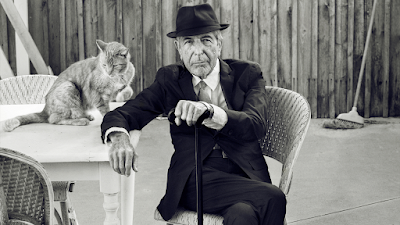 One of the great films playing Tribeca this is a look at Leonard Cohen through the song Hallelujah. It took him seven years to finish it enough to record it and then it took a long path to discovery and rediscovery along a path that resulted in many versions (he wrote at least 180 verses) and many hits.

The audience I saw this with was crying. Yea its about a song, but its also about a man's quest to find his place in the universe. Its a moving tale of more than anyone thing. Its a film that reveals to us our lives as lived and sung by other people. Everyone saw themselves up there.

I was rocked to my core.

This film spoke to me on a deeply personal and spiritual level and I came out loving the song and it many versions even more. It also made me very sad I could never have sat down and talked to Cohen about life and his journey.