Two from Tribeca2022: THE COURTROOM and CAROL AND JOHNNY 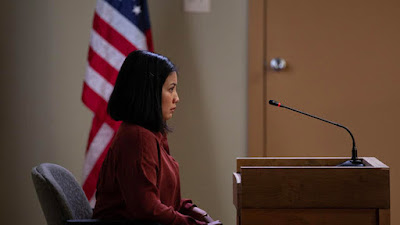 Cinematic version of an Off Broadway play taken from court transcripts about the case of Elizabeth Keathley who was waiting in the US to become a citizen and then accidentally signed a form saying she wanted to vote before she was eligible. This ended up with her being sent to court to see if she should be sent back to the Philippines.

Interesting story of one of the smaller stories floating through our court system is hurt by its mix of straightforward presentation and stage bound theatrics.  As someone who has a day job in the court system I found the everything a bit too dry for my taste. I was intrigued by what was going on but  there was a point where I stopped watching and only listened since it was visually bland, except for a few flourishes that didn’t add much.

The subject is good, the presentation is not. 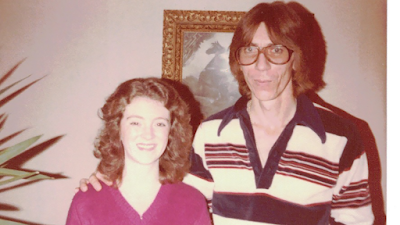 Carol and Johnny Williams, one time on the FBI Most Wanted list for their string of bank robberies, recount their lives and crimes.

A warts and all look at a life in crime scores points by taking us to places we haven’t seen before. This isn’t a recounting of the crimes as such but a look at everything around them. We get a sense of what their lives were like in detailed level most other films never reveal to us. This is a film that finds life sexy as opposed to just the robbery. As a result we get more truthful look at what it means to pull bank jobs and have it control your life ever after.

While not big and loud this is a small quiet gem.