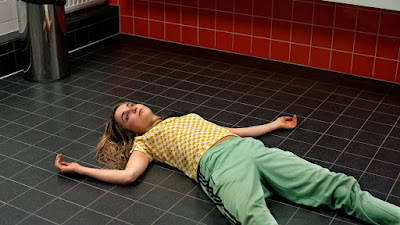 This is the story of a family thrown into turmoil when the patriarch informs the family that he is done living and is going to commit suicide. Chaos results and his daughter attempts to talk him out of it.
I’m not really going to review this film. It’s a really good film, that is beautifully acted and extremely well told but the film kicked the shit out of me. While I honestly still haven’t processed the recent death of my father and I was wary of seeing the film, I tried it anyway, only to have the very end strike way way way too close to home. The result is while I was okay with the film up to the very end, the end made it a place I don’t want to revisit. \
My personal issues aside this is a great film dealing with a serious subject and is recommended
Posted by Steve Kopian at June 23, 2022