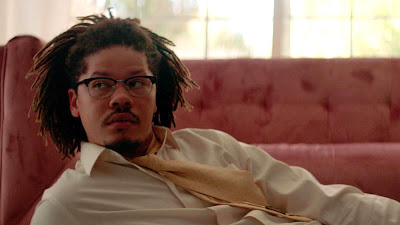 A man has an unnatural attachment to a love seat in the store where he works.

This is a wickedly funny little film. It takes a (not so) out there concept and turns it into a film that will make you smile. I was wary of the film, but I fell into it from the start.

That the film works, credit writer director Jerry Pylewho gets the tone dead nuts perfect.  Normally in short films like this the filmmakers will go for the goofy, or go for a heightened sense of silly, but --- doesn’t do that. Yea there is a brief bit of nuttiness right at the start, but after that he pulls it in and pulls us along

LOVESEATis a charmer and recommended