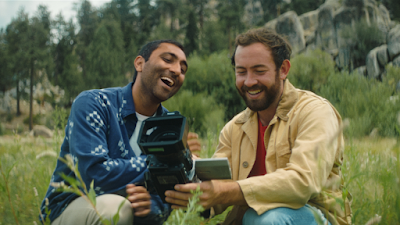 How you react to this film is going to be determined by how much you like knowing comedy. This is the sort of film where everyone is not only playing to each other but also to the audience. While it is not broad vaudeville or pantomime with their occasional nudge nudge wink wink turns, it's pretty damn close.

My tolerance for this sort of comedy is kind of depends upon whether the actors not trying to let me know this sort of stuff is funny. If they push too much I stop laughing. I kind of stopped laughing early, not because it wasn't funny but because they were trying  too hard. I wasn't impressed because everything had to be  really funny.

If you don't mind the knowing japes this film is going to delight you.