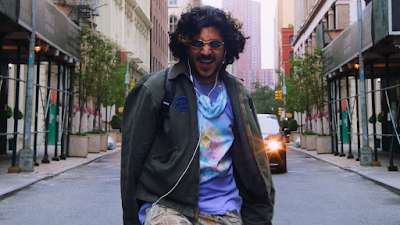 I think this might be the great discovery of Tribeca 2022. Where did this film come from and why wasn't it on anyone's dance card?

The film has two friends in an addicts support group trying to stop a woman they are interested in from shooting her boyfriend.

This film rocks. Its a film of charming characters that grab us and pull us in. Yea they aren't always nice, but we like them. All hail the cast, especially Ben Groh, Dion Costelloe, and Liz Caribel Sierra. Everyone from top to bottom hits it out of the park.

The script is also truly amazing. Its a beautifully written film that works on levels we don't often see in any film. I mean the film's listing as a dark comedy, and it's funny but it's really more a drama, one with deep resonances about life and friendship and soooooo many things.

Honestly I don't know what to say. I wasn't planning on seeing this film, but I put it on streaming and thought I'd go through my email, instead I stopped surfing and just watched...and then I started emailing people.

This film is a gem.