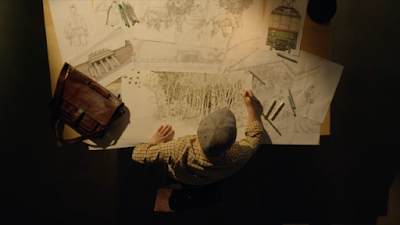 Daxiong, comic illustrator and member of the  Falun Gong , recounts the story of the groups bold hijacking of the official state TV channel to broadcast a message counter to the official Chinese message that members of Falun Gong were dangerous terrorists. Horrific reprisals resulted where the government crushed and killed anyone they thought might have even been remotely part of the plan.

This  tale of a doomed plot to get the truth out is both heartbreaking and suspenseful. If you know anything about the Chinese government feelings toward Falun Gong you know that a lot of people are going to die. The group is their boogieman and they love to destroy its members in the most horrific ways. There have been numerous accounts of the criminal things they have done against the innocent people of the group and this is another. The suspense is there because you have to see how it was all done and how it played out. It’s a real version of the Star Wars Film Rogue One, but sadder, since the broadcast message didn’t change anything.

What helps make this film work is the amazing animation. Designed by Daxiong, the animation adds so much to the tale. Not only does it allow events to be illustrated, it also results in a definite feel. We are in China at the turn of the millennium and not in the theater where we are seeing the film. Its beautifully done and gives the viewing a tactile quality that a straight live action recreation might not have ever achieved.

While the world is focused on the evils of Putin and Russia with their war in Ukraine, Eternal Spring is a reminder that China is probably worse and that we need to be very careful in our dealing with the Mainland government.